Analysis from the SkyPad as Max Verstappen is made to pay for small error on first Q3 lap; Valtteri Bottas secures pole ahead of Lewis Hamilton and Verstappen; Watch Portuguese GP on Sky Sports F1 on Sunday at 3pm 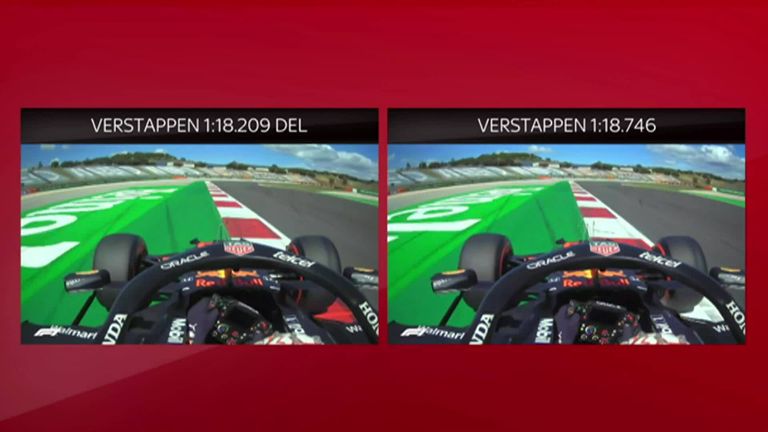 Max Verstappen was centimetres away from a Mercedes-beating pole position for the Portuguese GP after having his best qualifying lap deleted for track limits - even though the error didn't gain him any time.

Verstappen, looking to drag Red Bull into the pole fight, was one of the first to start a lap in Q3 but lost control of his car slightly at Turn 4, getting a snap of oversteer in the wind and running all four of his wheels off the kerb.

Race stewards, adhering to this weekend's track limit rules, swiftly deleted the 1:18.209 lap - which was respectable time, but one that was still adrift of what the Mercedes managed in the typically slower Q2 segment. 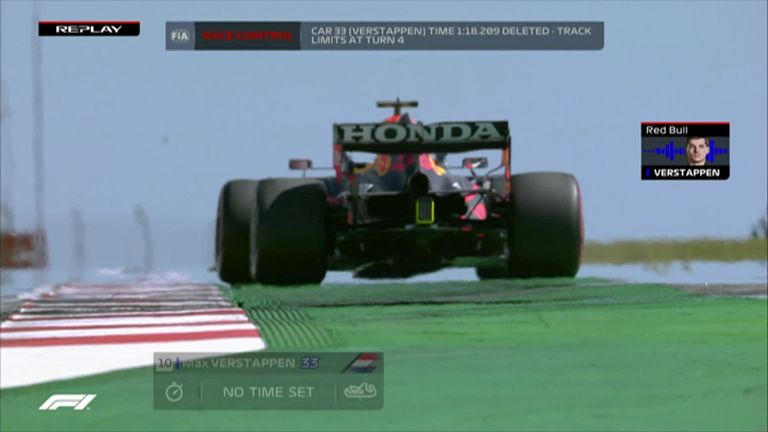 But as it turned out, that lap would have been good enough for pole.

Neither Mercedes managed to beat it, with Valtteri Bottas' 1:18.348 eventually enough to take top spot. Verstappen was 0.5s slower on his second lap - leaving him third on the grid for Sunday's race.

Track limits are generally there to stop drivers gaining an advantage but, analysing Verstappen's two laps and his critical Turn 4 mishap on the SkyPad, Karun Chandok said Verstappen "actually lost about half a tenth".

"It was an error that took him out there, he didn't do it on purpose," added Sky F1's Chandhok. "That error cost him time, he didn't gain any time". 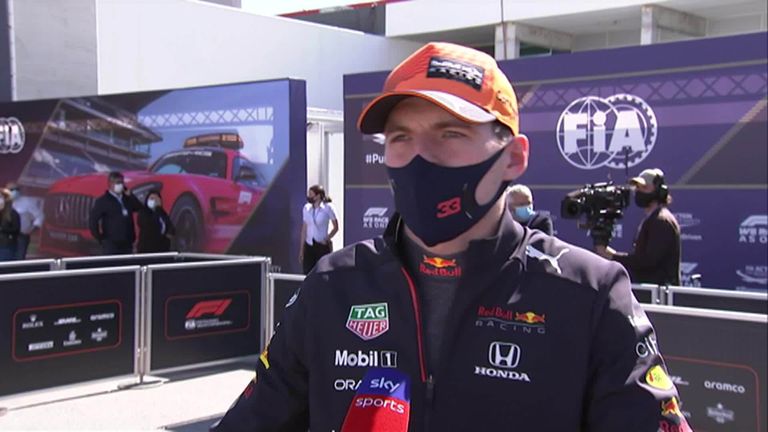 Questioned about missing out on pole through an error, Verstappen said: "I don't like to talk about ifs, should, could, would. I hate all these things. It was just very tricky out there in qualifying."

Verstappen, one point behind Lewis Hamilton in the early F1 2021 championship, was evidently frustrated after qualifying, waving a camera away after the session as he spoke to team-mate Sergio Perez.

The Dutchman admitted to Sky F1 that he was not having the "most enjoyable" weekend, with drivers struggling for grip and stability in the gusty Portimao conditions.

"To be honest you could end up P1, P3 out of the blue because you would do a lap and you'd think you're OK," he said.

"And then you put another set on and if you just have a little bit of a different out-lap, with the grip around here and the tyre prep it makes such a big difference. It's really hard to predict.

"It's not been the most enjoyable weekend in terms of driving."