"There were discussions," admits Pierre Gasly on Red Bull 2022 seat, which Sergio Perez secured. "It was up to them, unfortunately it didn't happen"; Gasly will start fourth for Dutch GP after beating Ferraris 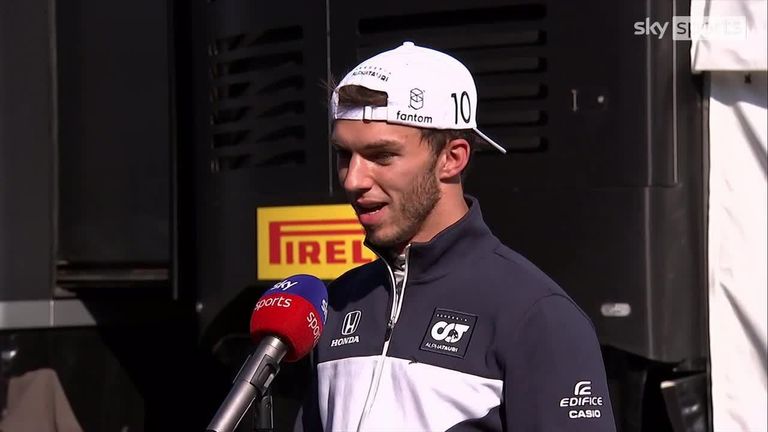 Pierre Gasly has admitted to Sky Sports F1 that he is unsure why Red Bull picked Sergio Perez over him for next season, as his 2021 form continued with a superb qualifying for the Dutch GP on Saturday.

Gasly, who drives for Red Bull's sister team AlphaTauri, defeated his midfield rivals to qualify behind only Max Verstappen and the two Mercedes in fourth at Zandvoort, the latest in a long line of impressive performances.

Red Bull, however, have already made their driver decision for 2022, recently re-signing Perez to remain as Verstappen's team-mate.

While the team often promote a contracted driver in such form as Gasly, their choice means the Frenchman will have to wait to get another chance with the team he drove only 11 races for in 2019 before being dropped.

"I wonder why," said Gasly to Sky F1's Nico Rosberg when asked about Red Bull's preference of Perez over him.

"There were discussions. It was up to them, unfortunately it didn't happen."

Perez was retained by Red Bull, with the team impressed with his consistency after Alex Albon and Gasly's struggles next to Verstappen. But Gasly couldn't have done much more to make his case this season, with his qualifying drives particularly impressive.

He has now achieved 10 top-six starts compared to Perez's seven, despite their vast differences in car performance. Perez will start only 16th in Sunday's Dutch GP.

"I think they were really happy with my performance but obviously not only this... you know like me how difficult it is and they made their decision," added Gasly.

"Obviously it was a small disappointment for me because that's where I want to be, I want to have a fast car... I'm not saying AlphaTauri don't give me a really strong car.

"It doesn't mean it's not going to happen in the future but for sure next year I'm not going to drive there."

Gasly qualified only 0.6s off Verstappen's pole time and 0.2s behind Valtteri Bottas on Saturday, crucially edging out the more fancied Ferraris.

"For whatever reason, the car really felt great in Qualy, managed to find some extra time," said Gasly. "Unbelievable to qualify in front of the two Ferraris, it's really good."