Plenty of praise for Lando Norris after another standout F1 performance; 21-year-old secures his second F1 podium, and ensures that two British drivers are on the same podium for the first time since 2012 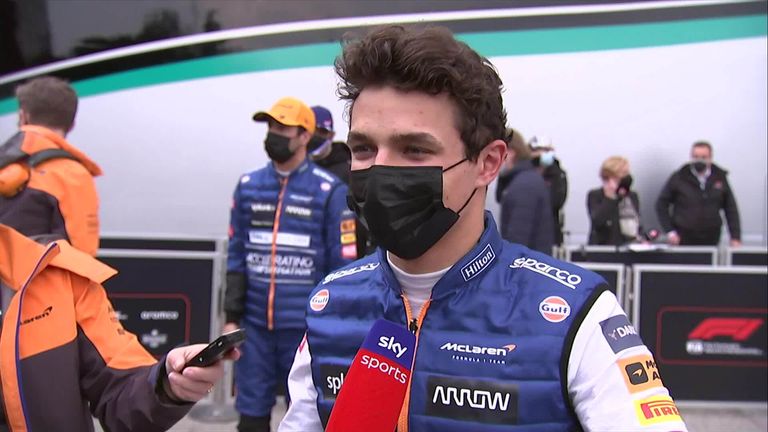 Lando Norris reflected on a fantastic day after finishing on the podium during the Emilia-Romagna GP.

Lando Norris' McLaren boss has insisted that the young British star has made "the next step" as an F1 driver after he continued his strong start to the 2021 season with a superb third place at the Emilia Romagna GP.

The mature and impressively fast drive in tricky conditions gave Norris his second F1 podium, while also ensuring that two British drivers stood on the same podium for the first time since 2012, with Norris having finished behind Lewis Hamilton at Imola after a dogged wheel-to-wheel defence.

"I think days like today are the days we look forward to because these are the days where anything can happen," Norris, 21, who became Britain's youngest-ever podium-sitter in Austria last year, told Sky F1.

"It can go terribly wrong for you but it can also go very right like it has for me today."

Norris had to recover throughout the weekend, after placing seventh instead of third in qualifying due to barely exceeding track limits and then losing positions and making contact with Lance Stroll on Sunday's opening lap.

Norris said his "tough" wet-dry race included "a lot of obstacles a lot of risky moments - moments when I thought it could be over".

"Lando is flying at the moment," said Seidl. "He's definitely made the next step as a driver.

"Not just here, you could see already in Bahrain [where Norris finished fourth] and over the winter that he'd made the next step both as a driver and a guy.

"It's normal that these young guys make these steps - but it's just great that he's pulling it off. What he did today was great."

Told of the comments, Norris, now in his third F1 year, said: "I want to say I have a slightly bigger role, leading the team in different areas and making more decisions from my own regards, not just always agreeing the team.

"It's a little bit different with Danny coming into the team, I feel like I have to have a bigger impact, lead the team a little bit more, as opposed to before [with Carlos Sainz] when we'd both had two years with McLaren."

Seidl wasn't the only one praising Norris over the Imola weekend, with Hamilton encouraging Norris after his qualifying error and then lauding him after his Sunday podium.

Norris, who was running second after overtaking Leclerc on soft tyres, held a charging Hamilton up for four laps before he was passed by the much quicker Mercedes with four laps remaining. 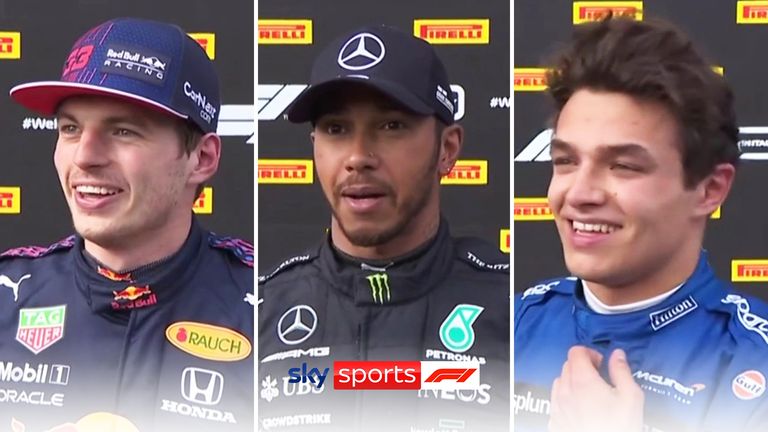 "I pretty much started saving the tyres from Lap One after the restart, knowing the last laps were going to be pretty tough," said Norris. "And they were, especially with Lewis at the end.

"I was trying to save up as much as possible but in the end I didn't have enough rear tyre to hold him behind.

"I tried, it was a nice little battle and it's nice to be racing, I guess, unusual cars for us, Red Bulls, Mercedes and Ferraris.

"It's nice to be going up against them so hopefully we can have more in the future."