British GP: Lando Norris 'not in perfect condition' and struggling to sleep after Wembley mugging

"I'm not in perfect condition, I'm not going to lie," says Lando Norris, who also admits he's a "bit sore" and struggling to sleep after he was mugged following the Euro 2020 final last weekend; "It's something I don't wish upon anyone." 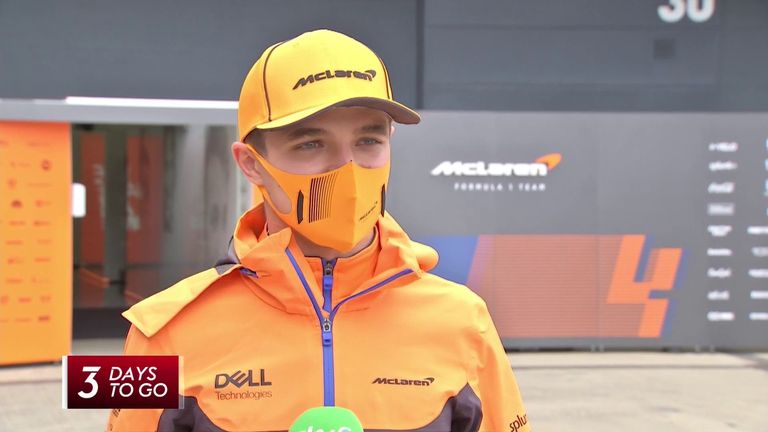 Lando Norris admits he is a "bit sore" and "not in the perfect condition" for the British GP after he was mugged following the Euro 2020 final at Wembley last weekend.

Norris had his watch stolen as he walked to his car after England's defeat by Italy on Sunday, with the Formula 1 driver described as "shaken" but "healthy" by his McLaren team, who criticised the event, afterwards.

Speaking to Sky Sports News' Craig Slater four days after the incident at Silverstone on Thursday, Norris opened up on a physically and mentally tough experience, also admitting he had been struggling to sleep since.

"I'm fine... but I've been better, I can say that," said Norris, a home favourite for this weekend's showpiece event. "I'm not in perfect condition, I'm not going to lie.

"Some work to do, mentally. Of course I talk about that a lot and mental health, and mental strength is very important. I've not been sleeping that great, and so on.

"Not ideal and I'm feeling a bit sore. But I'm not the guy in the worst position after Wembley. I'll work on it, I'll make sure I'm in the best shape possible and I feel like can still go out and focus on what I need to do and that's the main thing."

Sky Sports understands the incident aggravated some existing minor bruising Norris sustained during in recent Grand Prix, but has not prevented him making the usual preparations for this event. 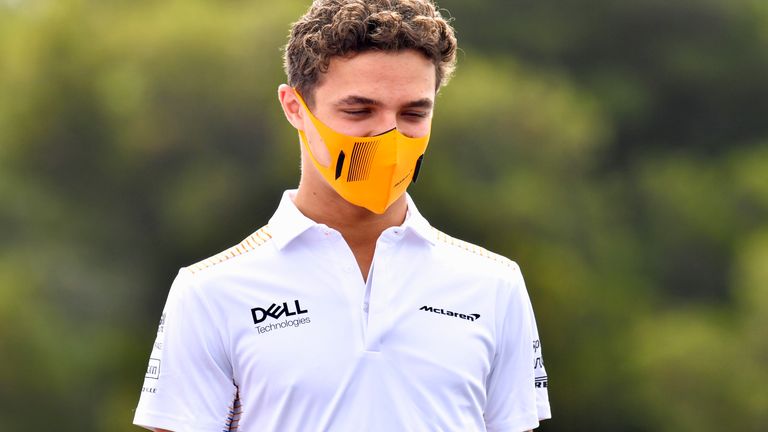 It was the first football game Norris had ever attended last Sunday, with England defeated on penalties following a 1-1 draw. UEFA has since launched a disciplinary investigation into the actions of fans in and around Wembley.

"Tough, not the night I wanted, and I guess not the night we all wanted from an England perspective," stated Norris. "And definitely not the way I wanted it to end."

Norris, 21 years old and fourth in the F1 championship, added: "I guess it's just unlucky. I don't really want to go into too much detail, but I'm thankful that I'm here.

"It's not the nicest experience for anyone to go through and it's not only me that it's happened to, it's happened to other people. It's something I don't wish upon anyone and of course if anyone else goes through it, I can sympathise with them and I know what they feel like.

"It's tough, it's been a tough few days to get over it and make sure I'm sleeping well and everything.

"Not in the perfect condition but I'm happy I'm here, and I'm still healthy and reasonably good."

On the track, Norris has been in sparkling form this year - the only driver to have finished in the points in every race, while he has also scored two podiums and has already beaten his best ever points total.