Plus: Man Utd also set to enter race for Inter Milan's Alessandro Bastoni and one of a number of clubs bidding for Barcelona's Frenkie de Jong; PSG open to selling Neymar but only Newcastle can afford him; Aston Villa and West Ham set to move for Liverpool's Alex Oxlade-Chamberlain 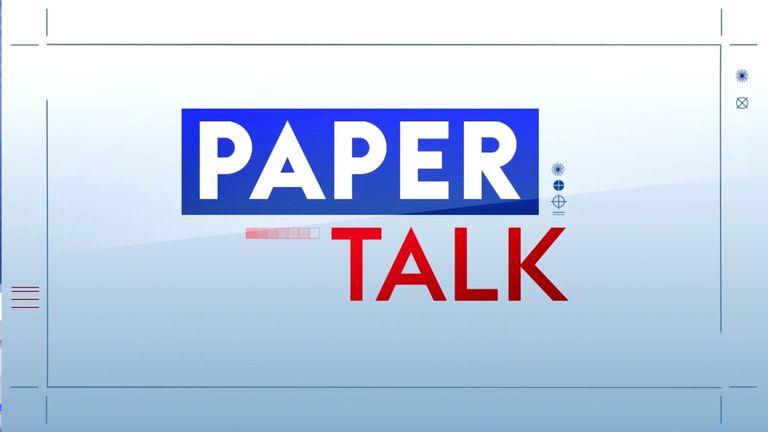 Todd Boehly is ready to hand Chelsea head coach Thomas Tuchel £200m to spend this summer after his takeover was finally sealed by Government, the Premier League and Europe.

England supporters travelling to Germany for next month's Nations League game will receive messages stressing the need for good behaviour because of the threat of a second stadium ban hanging over Gareth Southgate's team.

Julie Elliott, MP for Sunderland Central, has hit out after Nike's new England women's team kit was unveiled with a pricing structure that could see shirts for youth ages cost almost £100.

Chelsea's completed takeover could help to save "millions of lives" according to former UNICEF UK chief executive Mike Penrose, the man in charge of what will become the biggest charitable donation to war victims in history.

John McEnroe says it is "unbelievable" that Emma Raducanu has opted to go without a full-time coach after her early exit from the French Open.

British Cycling are investigating a complaint into how a transgender woman won a national series mountain bike event in Scotland after the governing body had controversially voted last month to suspend its trans inclusion policy.

Manchester United are on the brink of signing Jurrien Timber for £30m from Ajax on the orders of Erik ten Hag.

Barcelona have confirmed that they have received multiple offers for Frenkie de Jong with Manchester United believed to be among them.

PSG are open to selling Neymar this summer - but only Newcastle can afford the striker, according to reports.

The Football Association is set to investigate claims that Neil Warnock demanded a £6,000 kickback from Rowan Vine to give him more playing time while the pair worked together at QPR.

Jules Kounde is stepping up his efforts to become part of Todd Boehly's revolution at Chelsea and will be ready to step straight into a new-look defence under Thomas Tuchel.

Manchester City have turned down offers from a number of clubs, including Barcelona, to loan striker Julian Alvarez who will arrive in England this summer after finishing off his time at River Plate.

Barcelona are fearful that Gavi will leave for the Premier League this summer, with Joan Laporta admitting the club "don't like the situation" of the teen midfielder's new contract offer being left on the table for a lengthy period.

Fraser Forster underwent a medical at Hotspur Way on Wednesday ahead of completing his move to Tottenham.

Manchester United have been left stunned by the Erik ten Hag effect - with non-renewals of season tickets at their lowest levels for years.

Passports belonging to 880 England fans with a history of football-related crimes will be confiscated by UK authorities ahead of the Nations League clash with Germany because of fears over trouble in Munich before the June 7 game, which comes a day after the anniversary of D-Day.

Allan Saint-Maximin is set to stay with Newcastle because of their £50m asking price for the winger, and that could also lead to further talks over an improved contract.

Liverpool will bank £106m if they are able to beat Real Madrid in Saturday's Champions League final.

Arsenal's last-ditch effort to tempt Eddie Nketiah to stay at the Emirates includes a massive pay rise which would see any new deal earn him £100,000 a week.

West Ham's talks with Tomas Soucek over a new contract have reached an impasse. The Czech Republic midfielder has two years left on his deal, with an option for an extra year, and negotiations with West Ham over a pay rise have stalled.

Aston Villa and West Ham have been put on red alert with Liverpool ready to sell Alex Oxlade-Chamberlain this summer.

PSV are hoping to keep Cody Gakpo at the club by creating a special financial package as they fend off interest from several high-profile European sides, including Arsenal.

Jamaica have drawn up a list of English-based stars to try to recruit as they target the 2026 World Cup.

River Plate will receive an additional £1.3m from Manchester City so that January signing Julian Alvarez can link up with his new team-mates in early July.

Marseille president Pablo Longoria will continue his attempts to talk with Arsenal over a permanent deal for defender William Saliba despite Mikel Arteta's recent comments that he would get a chance to earn a first-team spot with the Premier League club this summer.

West Ham hope to sign Rennes defender Nayef Aguerd in the next few days - after pulling out of the race for James Tarkowski.

Manchester United target Endrick Felipe has been slapped with a £50m release clause after signing a three-year deal with Brazilian side Palmeiras.

The Manchester City defender Oleksandr Zinchenko has issued a rallying cry to his Ukraine team-mates before what he calls the most important game of his life against Scotland on Wednesday.

EFL chief Rick Parry has warned the impact of UEFA's expanded Champions League could lead to the demise of the League Cup and leave clubs facing a £100m black hole.

Newcastle United are prepared to break their transfer record to sign Brazil midfielder Lucas Paqueta, a former Lyon team-mate of the current record holder Bruno Guimaraes, who was snapped up for a fee that could total £43m in January.

Former Scotland star Shaun Maloney is now the leading candidate to become the next Dundee manager.

Celtic are looking at Ferencvaros striker Ryan Mmaee to boost their attacking options ahead of next season's Champions League campaign.