Conor McManus says fans are what make the GAA

Fans return to GAA games this week, after over a month in which all matches were played behind closed doors in the 26 counties.

For the majority of clubs around the country, the return of crowds has come too late with county championships now reaching their conclusion.

"It's definitely been different. It's not how you want it to be," said Clontibret and Monaghan forward Conor McManus on Inside The Game, reflecting on the championship behind closed doors.

"The club, you're obviously not going to have the crowds you're going to have at intercounty games, you can still hear the passion in the ground and you can hear your own supporters when things go well.

"That's what makes the GAA. We fully appreciate that more now than maybe ever."

Nonetheless. it was a summer to remember for the three-time All-Star, who enjoyed an uninterrupted stint with his club.

"So I definitely think having full access to your county players, and your full panel training together all the time can be a bonus."

With the county final between Ballybay and Scotstown on Sunday, the focus of the Farney County will quickly turn to the upcoming Ulster Championship campaign, as Seamus McEnaney's charges look to secure a fourth provincial title in 10 years.

The stakes are higher than ever this year, with no back door.

"As a player, it's one you can really look forward to. You have to be at your best on the first day of the championship, that's the reality," said McManus.

"Ulster, over the last 15, 20 years has been the most competitive [provincial] championship around in that any one of six or seven, eight, nine teams can win it. So there's no doubt that the Ulster Championship is very competitive, particularly with the knockout added to it this year, it's just going to add that wee bit of an edge. 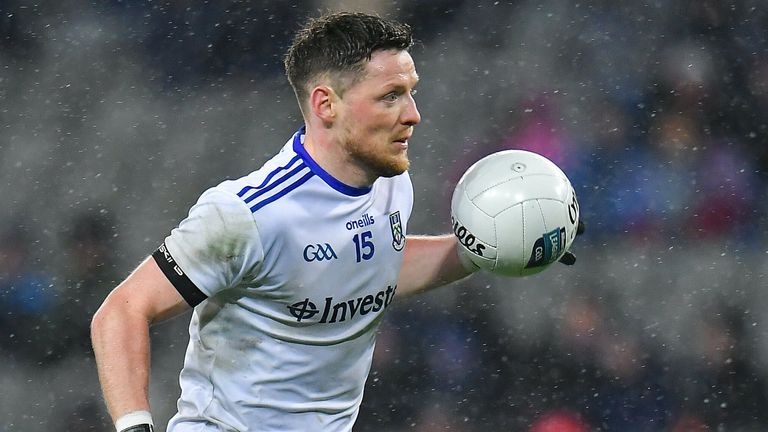 Tyrone and Donegal...one of those teams is going to be gone after day one.

"It's going to be a serious challenge. It's an incredibly difficult one to win. You only have one chance at it. If you're beaten, you're out. It's one to look forward to. As a player five or six months ago, it looked like we were going to get no championship.

"So every day you go out and play in the Ulster Championship is a day to relish. We're very much looking forward to getting back at it."

Watch the full discussion on Inside The Game. You can catch up on this week's episode on the Sky Sports YouTube channel.