The tournament has been reduced the Joburg Open to 54 holes to help non-South African resident players, caddies and tournament support staff return to their home countries. 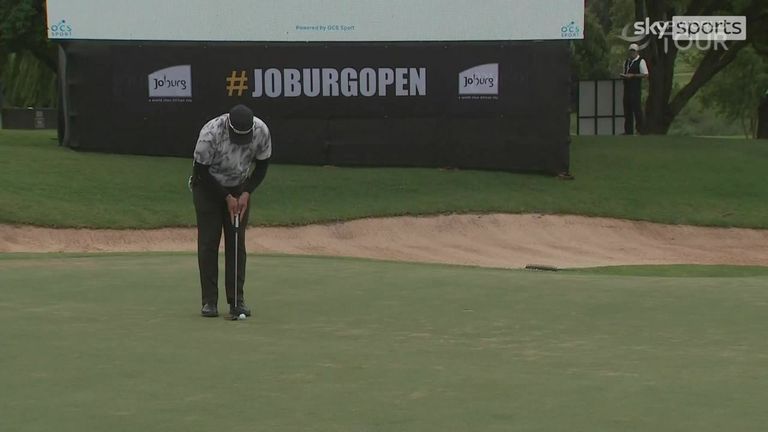 Thriston Lawrence jumped into the halfway lead at the Joburg Open, as thunderstorms and concerns over impending travel restrictions overshadowed the second round.

The world No 503 carded an eagle and five birdies on his way to posting a second successive 65 at Randpark Golf Club, with the South African heading into the weekend on 12 under despite bogeying his penultimate hole of the day.

Lawrence holds a four-shot cushion over compatriot Zander Lombard, who carded back-to-back 67s, while England's Ashley Chesters is within five of the lead after a two-under 69.

The second round was suspended for two and a half hours during the afternoon due to thunderstorms, leaving nearly half of the draw unable to complete their rounds before darkness saw play halted for the day.

Overnight co-leader Angel Hidalgo shares tied-fourth with Shaun Norris, who has seven holes of his second round to complete, while home favourite Dean Burmester moved back to level par with a one-under 70.

A host of British and Irish players withdrew prior to play starting after South Africa was placed on the red list for travel by the UK government, including former Ryder Cup player David Howell, with Lee Slattery among four further players to withdraw during the weather delay.

A further statement later in the evening confirmed that the tournament would be reduced to 54 holes, to help non-South African resident players, caddies and tournament support staff return to their home countries. Play will resume at 6.30am local time on Saturday, with the third and final round being played off two tees and in threeballs.