"It seems brutal to say, but I can't imagine anyone outside the Reed household who would profess any love for young Patrick"

Patrick Reed shut out the controversy still hanging over him to win the WGC-Mexico Championship, but being a popular professional sportsmen doesn't appear to be one of his priorities says David Livingstone...

Two controversial sports stars won world titles at the weekend but only one was able to celebrate properly. Tyson Fury sang American Pie to 15,000 fans in Las Vegas, but in Mexico Patrick Reed channelled a version of the old football ditty: "No one likes me, I don't care".

Popularity is an optional extra Reed decided he didn't need when he started out in golf and success hasn't changed his mind. He probably sees himself in good company with other sports stars who thrived on controversy. Reed is no Mike Tyson, John McEnroe, or Eric Cantona but, in his own mind, he's arrogant enough to see it that way.

Remember in 2014 when Reed first won this same World Golf Championship when it was played in Miami and he said in an interview that he saw himself as a top-five player in Golf? It was a cocky remark that followed him around for years until he backed it up by winning the Masters two years ago.

It didn't matter to him that he was the most unpopular Masters champion in history. He just enjoyed sticking it to his critics. That's what makes him different from Tyson, McEnroe, and Cantona because although they put success above popularity, they enjoyed the adoration that came with their achievements.

Millions around the world loved them because they were so good at their chosen sports and those fans were prepared to indulge their heroes' indiscretions. These stars were most likely motivated by criticism but they didn't need it to make them better. Their natural talents and independence of mind were all the strength they required.

Perhaps because he's a long way from being a superstar, Patrick Reed is different altogether and he has taken the term "siege mentality" to a whole new level in order to become a better player. Six years since his infamous "top five" quote, he's almost there, at No 8 in the World, but his fanbase is probably in single figures too. 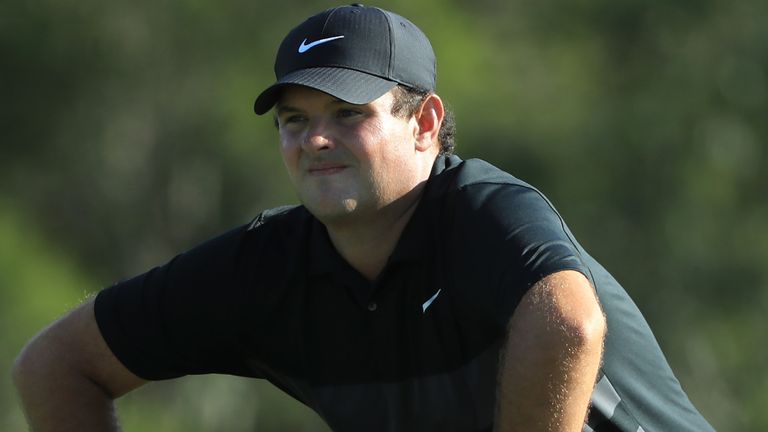 Popularity is an optional extra Reed decided he didn't need when he started out in golf and success hasn't changed his mind.

Unlike the aforementioned legends, there isn't much adoration around Reed. It seems brutal to say, but I can't imagine anyone outside the Reed household who would profess any love for young Patrick.

Even his new best buddy Bryson DeChambeau who identifies with Reed because they "both get a bad rap" killed any notion of brotherly love by describing their relationship as "co-workers". So at least there's one player who'll be willing to join the same team as Reed should the Premier Golf League ever get off the ground.

In the meantime, Reed carries on regardless, firing himself up with his grievance culture and yet constantly trying to convince himself that he's a good guy. He talked in many interviews last week about "improving every day on and off the course." It sounded like someone turning simple words into psycho babble.

It's hard to believe that in a week when he'd been called out publicly for cheating he would choose to say he was trying to set a good example for the next generation. Maybe he is, but, for the moment, he would do well to stop talking about that and directly address the questions about his relationship with the rules of golf.

Perhaps brushing a bit of sand with a golf club is nothing to Tyson biting Holyfield's ear, McEnroe abusing umpires, or Cantona kung-fu kicking a fan, but every little rule in golf is sacred because often they govern what happens away from prying eyes.

If television cameras had not captured Reed's club improving his lie in the Bahamas in December nothing more would have been said. What made the incident worse was Reed's inability to accept his punishment with good grace, insisting that the camera angle had distorted the image.

Two months on and he still refuses to revisit the incident and apologise. That, in itself, sets him apart from sporting legends who've blotted their copybook over the years but who've also been big enough to admit their mistakes.

Reed needed to look no further for evidence of that than Las Vegas at the weekend where Tyson Fury found redemption in probably the greatest display ever by a British boxer on American soil.

Fury has been a repugnant individual on many levels over the years but he has addressed his issues and re-dedicated himself to his sport. Unlike Reed, Fury wants to be loved, and his greatest achievement came without the assistance of grievance.

For the moment, Patrick Reed apparently thrives on controversy but he'll discover in the long term that if it's him against the world, there can only be one winner.