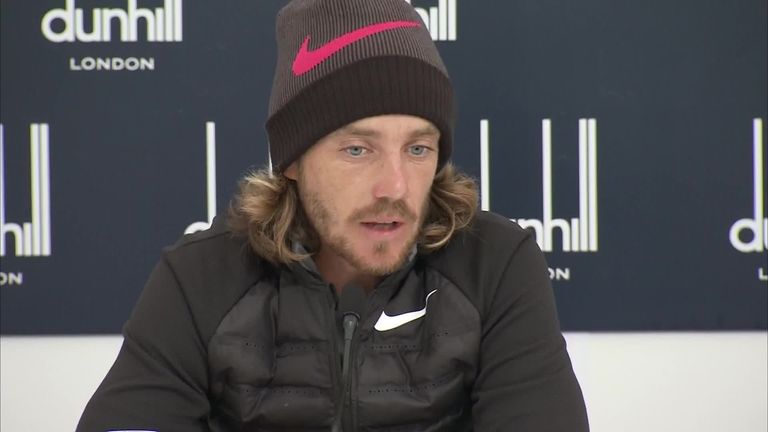 Tommy Fleetwood is surprised more spectators do not get hit by golf balls.

Brooks Koepka was "heartbroken" and "saddened" after accidentally hitting Corine Remande in the eye with a stray shot at the Ryder Cup. She says she has lost the sight in her right eye and plans to sue organisers.

Sky Sports News understands the R&A are to assess their guidance to golf fans while Fleetwood has told his family not to stand anywhere where they could be in range of a player's next shot.

"Honestly, it's surprising it happens less often than it does," said the Englishman.

"Brooks' shot wasn't that wide, it's around 10 yards left of the green. It's not that bad of a shot. 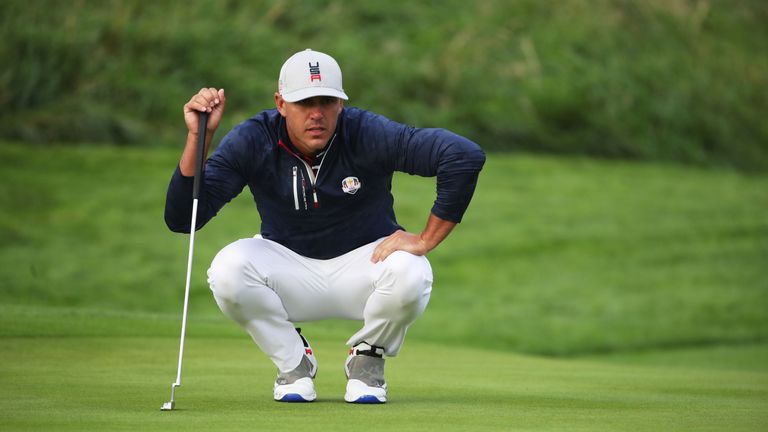 "I hate when my stepkids come and watch. It happens every time with my stepson, I say to stand anywhere but where the ball could land. And I see him on every hole and he's stood exactly where the driver is going to land.

"It's just very unfortunate for both sides. I don't know what the answer is really. People want to watch golf - where they were stood was in the prime spot for watching on the green.

"I don't know what you can do unless you gave everyone a crash helmet before they go onto the golf course.

"Golf is a little bit of a dangerous sport in that sense. I know she's not okay but I hope she gets a little bit better and starts feeling better."