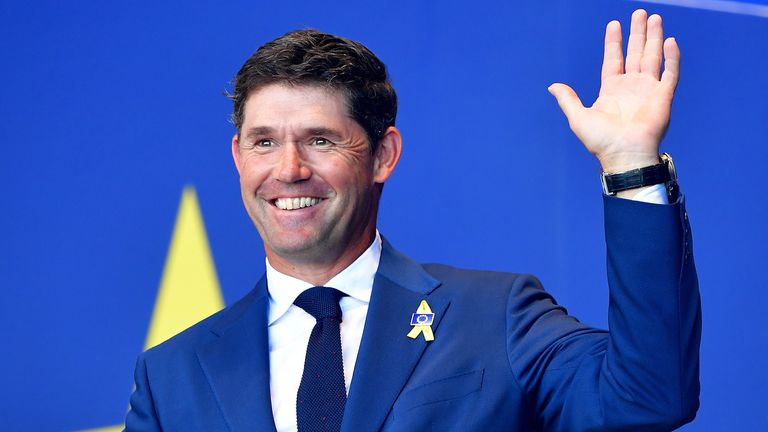 Padraig Harrington believes he was part of the 'perfect' backroom team for Europe in their Ryder Cup victory at Le Golf National.

How Europe won the Ryder Cup

Harrington was one of Thomas Bjorn's vice-captains in Paris, where Europe claimed a sixth consecutive home success and regained the trophy in emphatic fashion with a 17.5-10.5 victory.

The Irishman - a three-time Ryder Cup vice-captain - is one of the candidates who could skipper in the European side at Whistling Straits in 2020, although Harrington feels he would not need to alter much behind the scenes.

"I would love to be Ryder Cup captain, but I wouldn't change anything from what I saw last week," Harrington told Sky Sports. "There's a really good template there.

"There was also great balance in the players. We had fourball players and foursomes players and we didn't have to hide anybody."

Bjorn elected to leave compatriot Thorbjorn Olesen out of both Saturday sessions as Europe opened up a 10-6 lead, only for the Dane to return and thrash Jordan Spieth 5&4 in the singles.

"I think it [leaving out Bjorn] was the hardest decision he [Bjorn] had to make, when you take the emotion into it," Harrington added. "He [Olesen] was a fellow countryman, he played the best in practice and it was a tough decision.

"It's difficult getting 12 players out in the first day, that's the most complicated one, then not playing a player who wants to play is the one that has to be managed after that."