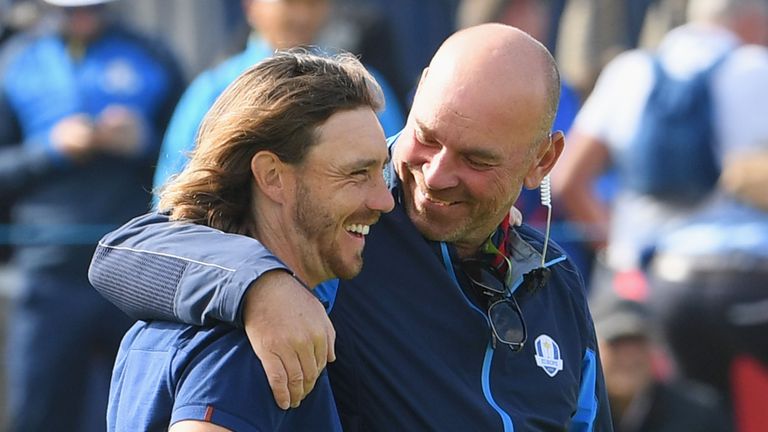 A review of the four wins for Europe's star Ryder Cup pairing at Le Golf National.

The Englishman formed a formidable partnership with Francesco Molinari at Le Golf National, winning all four matches together in his rookie appearance, helping Bjorn's side to a sixth consecutive home success.

Fleetwood has impressed on both sides of the Atlantic in 2018, reaching the FedExCup Play-Offs for the first time on the PGA Tour and currently sitting second in his pursuit to top the European Tour's Race to Dubai for a second year running.

The 27-year-old also came close to winning the US Open, firing a final-round 63 to finish runner-up to Brooks Koepka at Shinnecock Hills, with Bjorn backing Fleetwood to challenge for a maiden major title in 2019.

"I think that is obviously next on the agenda for Tommy (Fleetwood), to win a major championship," Bjorn told Sky Sports. "That will be high on his goals for next season.

"It helps having been there on a Sunday previously having had a chance, so I wouldn't be surprised if that was the only thing on his mind right now.

"He wanted to play in the Ryder Cup and he has done that successfully, so now he turns his focus on to the majors."

Click on the video above to hear Bjorn's full interview!