FedExCup: Who kept their PGA Tour card and reached the Play-Offs?

The line-up for the FedExCup Play-Offs has been confirmed, with Martin Kaymer and Alex Noren among the notable names unable to extend their seasons.

Only the top-125 in the FedExCup standings after the Wyndham Championship can progress through to the season-ending events, with Noren one of two players to drop out of those places during the final regular tournament of the campaign.

Noren started the week in 125th position but struggled to a tied-60th finish in North Carolina, dropping him to 129th and meaning he will also lose his full PGA Tour playing privileges for next season.

The Swede will still hold conditional status for 2019-20, given to players between 126th and 150th on the final points list, with Robert Streb the other player to slip outside the top 125th after missing the cut.

Patton Kizzire birdied three of his final five holes to post a tied-13th finish at Sedgefield Country Club, lifting him 11 places to 118th spot, while a share of 19th for Andrew Landry took him from 132nd to 123rd in the standings.

Kaymer's missed cut saw the former world No 1 end the season in 150th spot, with Ireland's Seamus Power (143rd), Sam Saunders (173rd) - the grandson of Arnold Palmer and former Ryder Cup player Hunter Mahan (184th) some of the other players unable to qualify for the Northern Trust. 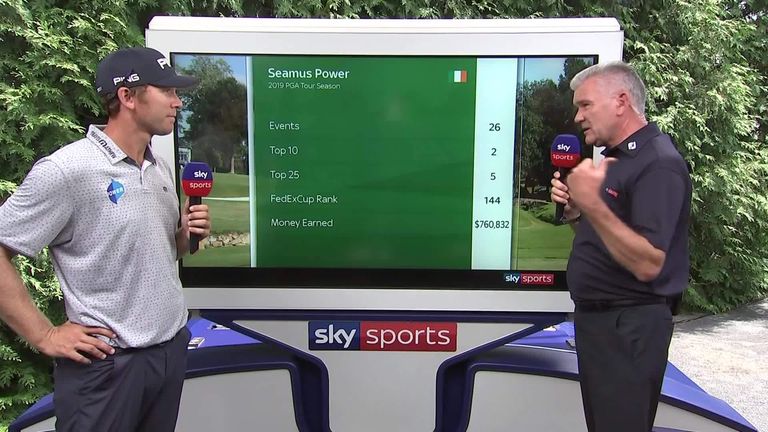 Zach Johnson (154th) and Jimmy Walker (158th) also failed to reach the play-offs, but still hold full playing rights for next season due to their five-year exemptions for their past major victories.

Only the top-70 in the standings after the Northern Trust qualify for the BMW Championship, with the field then limited to 30 for the season-ending Tour Championship.

Watch the FedExCup play-offs live on Sky Sports. Live coverage begins with the Northern Trust on Thursday from 12.15pm on Sky Sports Golf.