Ryder Cup 2020: Could the contest go ahead without spectators? 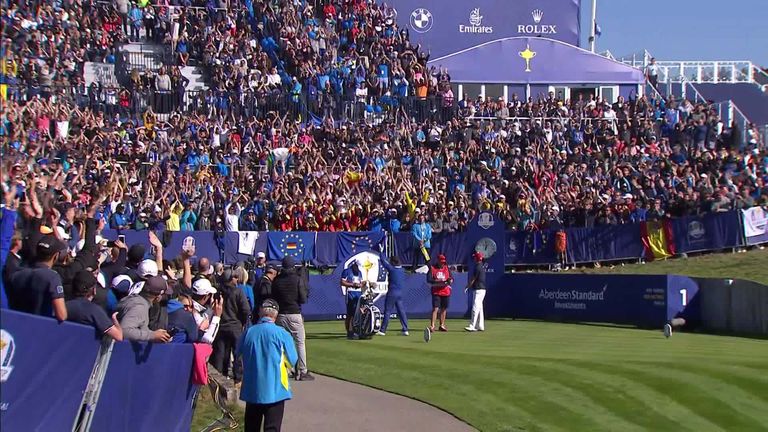 The Ryder Cup is one of the most-eagerly anticipated events in the sporting calendar, but could the competition go ahead without spectators?

All four men's majors have been affected by the coronavirus pandemic and the PGA Tour plans to play events behind closed tours when they resume in mid-June, while the European Tour won't return to tournament action until the end of July at the earliest.

This year's Ryder Cup is currently set to go ahead as planned from September 25-27 in Wisconsin, although uncertainty remains on both the qualification system for Whistling Straits and whether fans will be able to attend.

The large number of cancellations in the golf calendar has severely affected the qualification campaign, limiting the events left to qualify for the respective teams, leading to suggestions that captains Padraig Harrington and Steve Stricker could be left to pick all 12 players in their side.

There have also been discussions about a potential fan-free Ryder Cup, with the PGA CEO Seth Waugh publicly saying that playing the 2020 contest behind closed doors was a "possibility".

Rory McIlroy is among the players against the idea of a Ryder Cup without spectators, with the world No 1 backing up calls for the biennial contest to be postponed and pushed back to 2021 if fans can't attend as normal.

Should the Ryder Cup go ahead as planned if spectators can't attend? Cast your vote and let us know your opinion!