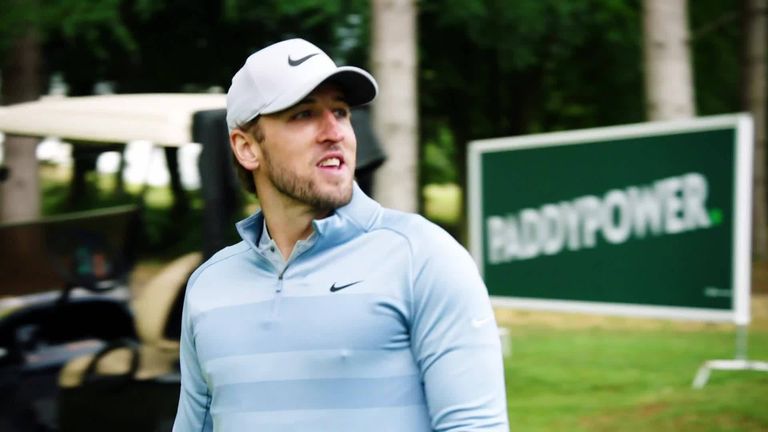 Spurs and England striker Harry Kane might be an avid golfer, but does he have what it takes to beat one of the world's best players?

Kane took on Tommy Fleetwood in a three-hole challenge during the recent Paddy Power Golf Shootout at Centurion, which featured a star-studded line-up including Freddie Flintoff, Peter Crouch and Piers Morgan.

Fleetwood and Kane left the main competition for a few minutes and headed to the first tee of their own mini-match play contest, where the footballer - a four handicapper - was generous in asking for only one shot.

Clearly, the pressure of having Spurs manager Jose Mourinho cheering him on proved too much for Kane on the first tee as he made good contact, but blazed his drive deep into the trees.

Kane's directional issues off the tee also afflicted the Ryder Cup record-breaker throughout a close contest, which would ultimately need a play-off hole to settle the outcome.

Who was the winner? Click on the video above to find out as Harry Kane took on Tommy Fleetwood.