The PGA Tour has confirmed it conducted tests on 11 people who "may have had close contact with Nick Watney" before he was diagnosed with Covid-19, with all results coming back negative.

Watney withdrew prior to his second round at the RBC Heritage on Friday, and the Tour later revealed he had become the first player to test positive for coronavirus. 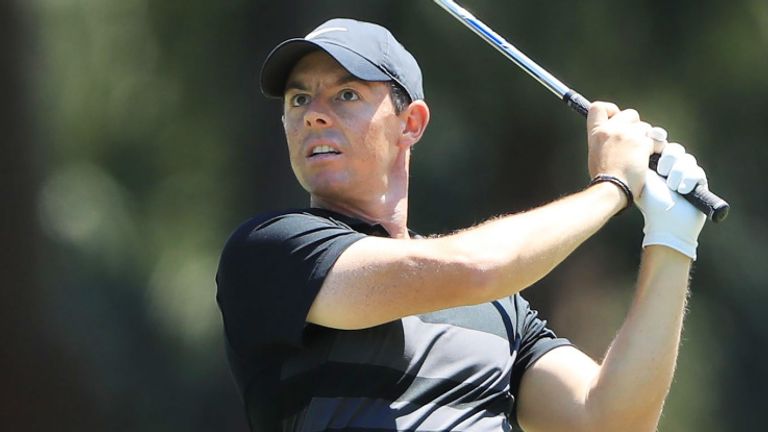 It was initially believed the American had not travelled to Harbour Town after he felt symptoms consistent with Covid-19, but it soon became apparent that he had been practising at the venue while waiting for the results of his test.

Rory McIlroy and Brooks Koepka were two of the players who revealed they had contact with Watney before he left the premises to begin a period of self-isolation for a minimum of 10 days.

After signing for a second-round 65, McIlroy said: "Nick texted me actually because we had a chat on the putting green before I went out to play, but we were at a distance."

As a result, 11 tests were conducted on Friday with all 11 tests being negative.

The PGA Tour did not reveal the details of the 11 who were tested on Friday evening, although it is likely that the top two names on their list would have been Luke List and Vaughn Taylor, who played with Watney in the first round.

A Tour spokesperson told Sky Sports News: "With the confirmed Covid-19 case, the PGA Tour implemented its response plan in consultation with medical experts including working with those who may have had close contact with Nick Watney. As a result, 11 tests were conducted yesterday with all 11 tests being negative.

"As part of our policy and protocols, players are permitted to be on property while waiting for test results, however our teams who work closely with them are continuing to reiterate the social distancing/safety guidelines.

"Social distancing is not being followed perfectly by all (e.g. fist bumps). We do not have penalties in place, however we are doing everything we can to remind and enforce."

The PGA Tour health and safety guidelines issued a few weeks ago stated that players would be restricted to "designated areas for evaluation" if they were displaying symptoms of the virus, but Watney clearly spent time in the practice areas while awaiting the results of his test.

"Players can be on property where it is possible to be socially distant from others while awaiting results," the spokesperson added.

"The tournament 'designated area' is where further clinical evaluations take place as needed. We continuously evaluate every aspect of our return to golf plans.

"There is not a way to mitigate 100 per cent of the risk, but we have a number of protocols in place that we continue to implement, including the process for a positive test, which was followed as we planned in accordance with medical experts."