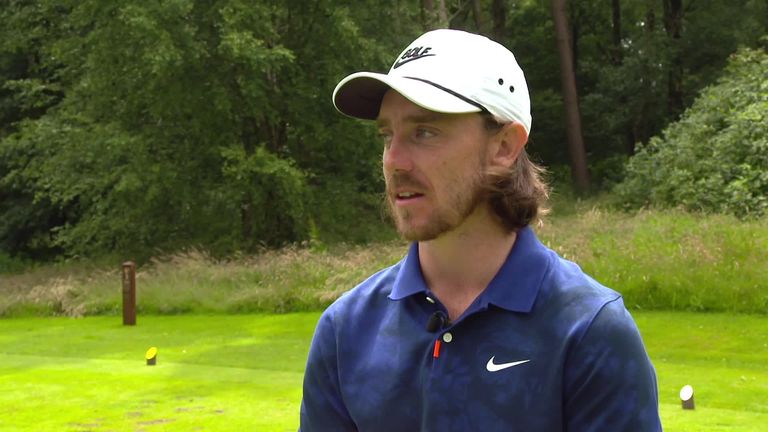 Tommy Fleetwood insists he has no problem with Rory McIlroy after the world No 1’s recent comments that questioned players who hadn’t gone to play on the PGA Tour.

Fleetwood was one of the British-based golfers to stay in the UK when the PGA Tour returned from a coronavirus-enforced stoppage in mid-June, with players being made to self-quarantine for 14 days on arrival in the US before being allowed to compete.

McIlroy said ahead of the RBC Heritage last month that players should have made the effort to travel to play on the PGA Tour "if they cared about their careers", although Fleetwood had no issue with the four-time major champion's opinion.

"Someone like Rory [McIlroy] gets asked a lot of questions all the time and he clearly just gave his opinion," Fleetwood told Sky Sports. "There's no hard feelings about that, as that's just what makes the world go around.

"I can answer in terms of myself, I obviously feel like I take my career seriously, but it's just one of those things. He said what he felt and that's absolutely fine and we will be just the same when we see each other.

"I think he does an amazing job at always giving answers and showing his side of things, and that was just his version of it."

Fleetwood is heading to the United States for 14 days self-quarantining ahead of making his return to competitive action at the 3M Open on July 23, before featuring at the WGC-FedEx-St Jude Invitational and the PGA Championship over the following two weeks.

"I guess there's always going to be a little bit of a concern, a little bit of unknown, but in terms of getting back out playing again, I can't wait," Fleetwood added. "I've had a beautiful time at home and I've enjoyed playing golf at home, but it'll be nice to get us back going again.

"Whatever your dreams and goals were [before stoppage] they're still around, it's just been in a slightly different format. It hasn't happened quite like we thought it would in 2020, but they're still all there and hopefully going to happen.

"On a week-to-week basis, everything stays the same. As soon as you get out playing you want to win tournaments and you want to keep improving as a golfer. It's my craft and I want to keep seeing how good I can get."