PGA: Tiger Woods saves best until last and gears up for busy run of big events 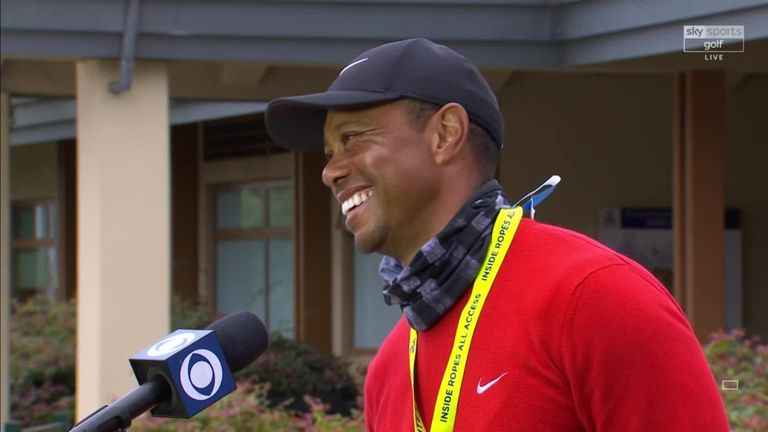 Tiger Woods was left to regret his disappointing rounds on Friday and Saturday having shown what he was capable of at TPC Harding Park with a closing 67.

Woods optimistic over his chances of challenging for a fifth PGA Championship title after he opened with two-under 68, but he struggled on the greens over the second and third rounds and a pair of disappointing 72s left him too far back to contend on the final day.

The 15-time major champion did save his best for last, carding five birdies and two bogeys to finish on one under par before the final few groups had started their rounds, and he was left to reflect on what might have been.

"I think what I got out of this week is that I felt I was competitive," said the 44-year-old. "If I would have made a few more putts on Friday early on, and the same thing with Saturday, I felt like I would have been right there with a chance come today.

"It didn't happen, but I fought hard, and today was more indicative of how I could have played on Friday and Saturday if I would have made a few putts early.

"That's golf. We lose way more tournaments than we win. This is one of those weeks where I didn't quite make the putts when I needed to, and I missed a couple shots on the wrong sides.

"But overall, I think I had one three-putt for the week and I had no doubles, and that's always something that you want to do going in throughout 72 holes of a major championship. Unfortunately I didn't make enough birdies, and I'm not there with a chance come this afternoon."

Woods will now enjoy a week off before facing the prospect of playing three events in a row in the FedExCup Play-Offs, and a hectic stretch of big tournaments continues with the US Open at Winged Foot in mid-September.

"We've been training for that," said Woods, hinting that he is prepared to play in both The Northern Trust and the BMW Championship in a bid to qualify for the season-ending Tour Championship in Atlanta. "I'm trying to get my strength and endurance up to that ability to making sure that I can handle that type of workload.

"We knew once I started playing again, when I committed to Memorial, that this was going to be a heavy workload, and my training sessions, we've been pushing it pretty hard, making sure that I kept my strength and endurance up.

"This week off will be no different. We'll be pushing it hard to make sure that I can stay strong and have the endurance to keep on going.

"After the Tour Championship, we have a couple weeks off. That will be a nice break for all the guys who have played their way through the Play-Offs and through this grind of World Golf Championship, a major, then a Play-Off run. It'll be a welcome couple of weeks.

"But most of the guys have been gearing up and training hard, making sure their bodies are good. A few of the guys are banged up out there, but that's just the way it goes. You've got to manage those things and get through.

"It's a long grind. Playing well at the right times, it's all about timing when you get to the Tour Championship, so the Play-Offs are a different structure, so we'll see what happens."