Englishman Richard Bland, 48, edges out Italian Guido Migliozzi at first extra hole to become oldest first-time winner on the European Tour; Bland carded a closing 66 at The Belfry to finish on 13 under; Robert MacIntyre and Eddie Pepperell fail to build on good starts in the final round 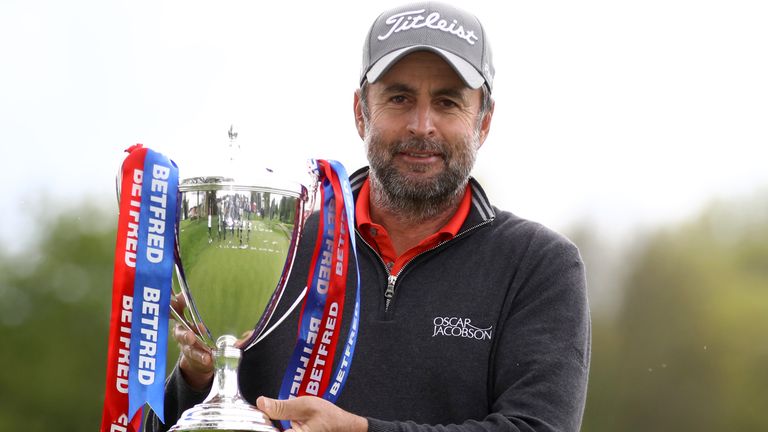 Richard Bland claimed his first European Tour victory at the 478th attempt after a dramatic final round at the Betfred British Masters.

The Englishman, who also became the oldest first-time winner on the Tour at the age of 48 years and 101 days, emerged victorious after a play-off with Italian Guido Migliozzi at The Belfry.

A par at the first extra hole - the 18th - was good enough for Bland to finally taste victory after Migliozzi three-putted for bogey. 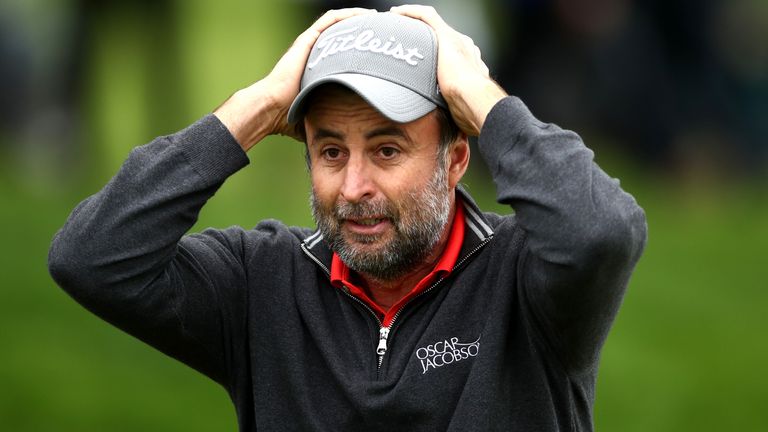 The pair finished on 13-under 275 after 72 holes, one clear of Mikko Korhonen, Dave Coupland and Adrian Meronk.

Bland's challenge had faltered in the third round when he made his only bogey of the week in a level-par 72 which left him three off the lead, but he was quickly back on track with a birdie at the opening hole in the final round.

Further birdies followed at the third, seventh, 10th and 12th - holing a 30-footer at the latter hole which put him one ahead at the top of the leaderboard.

He then spurned chances to double his advantage as he parred the next five holes but was still one clear on the 18th tee, where he flirted with disaster as his drive just cleared the water.

Bland managed to make the green in two, though, and stepped up to drain another 30-footer for birdie and a six-under 66 which looked as if it could be enough to secure the win.

But Migliozzi, half Bland's age at 24, had other ideas as he birdied the 15th and then set up a tap-in birdie at the 16th to move into a share of the lead on 13 under.

He then found the par-five 17th green in two, only to see his 50-foot eagle putt lip out before missing the short return putt as he only made a par.

Migliozzi also enjoyed some good fortune on the 18th after being granted a free drop from a plugged lie in the rough beside a fairway bunker, and he did well from there to find a greenside bunker, taking two to get down for his par and a round of 68 to set up the play-off.

However, the Italian's putter let him down next time on the 18th as his long-range birdie putt slid eight feet by and he missed the putt back.

Bland had done well to putt down within three feet from the back of the green and he subsequently tapped in for an emotional success. 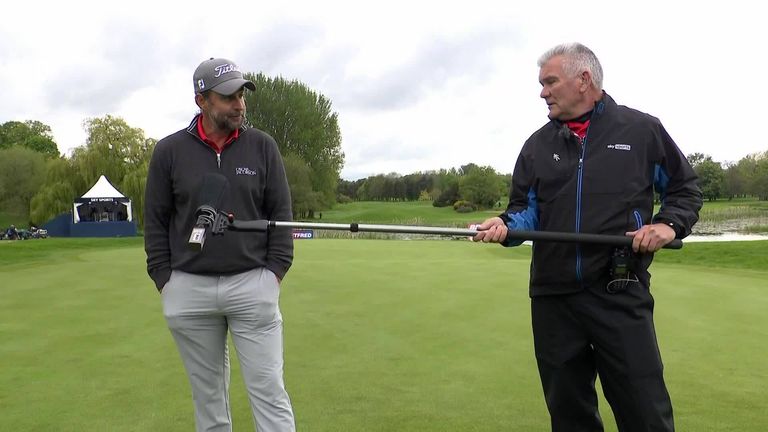 Poland's Meronk and Korhonen of Finland both missed tricky birdie putts at the last which would have seen them join the play-off as they had to settle for a share of third with Coupland after rounds of 69 and 67 respectively.

Englishman Coupland did finish in style, though, as he holed a long putt to birdie the last following a monster effort for eagle at the 17th, which earned him a score of 68.

Andy Sullivan (69), who battled back well after two bogeys and a double-bogey over the opening six holes, tied for sixth place on 11 under with South African Dean Burmester (70).

Robert MacIntyre (71) held the lead early in the day after birdies at the second and third, but he stalled around the turn with bogeys at the ninth and 10th before a birdie at the last lifted him into joint-eighth place on 10 under.

His fellow Scot Calum Hill (71) also finished on 10 under, after his challenge was ended by a double-bogey at the 13th, as did Italy's Edoardo Molinari (71), who also failed to build on birdies at the second and third.

Tournament host Danny Willett closed with a 70 to finish in a six-way tie for 11th on nine under, along with fellow Englishmen Chris Wood (70) and Eddie Pepperell (73). 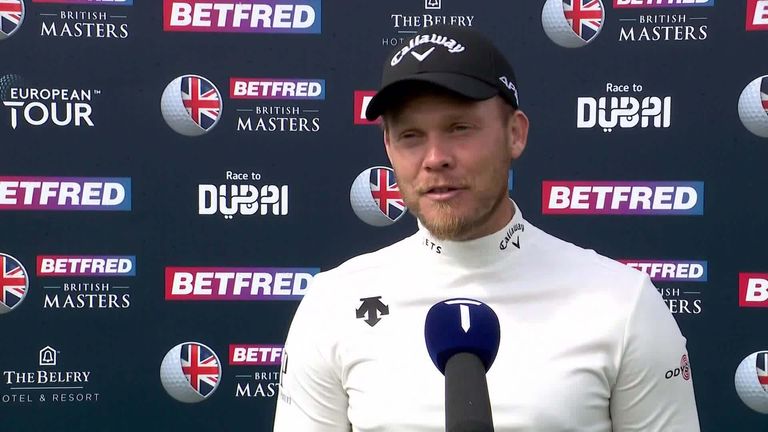 Overnight leader Pepperell started well with a birdie at the second but then faltered over the front nine with bogeys at the fourth, sixth and ninth and he was only able to salvage one birdie - at the 13th - on the back nine.

Defending champion Renato Paratore of Italy and Thailand's Jazz Janewattananond both produced strong finishes with six-under 66s taking them to nine under, while first-round leader Matthias Schwab (71) completed the sextet in 11th place.