Solheim Cup TV times: When do Team Europe play Team USA and how can I watch it on Sky Sports?

Watch all the action from the 17th Solheim Cup exclusively live on Sky Sports Golf from September 4-6, with a total of 30 hours of live coverage across the three tournament days and dedicated programming throughout the week. 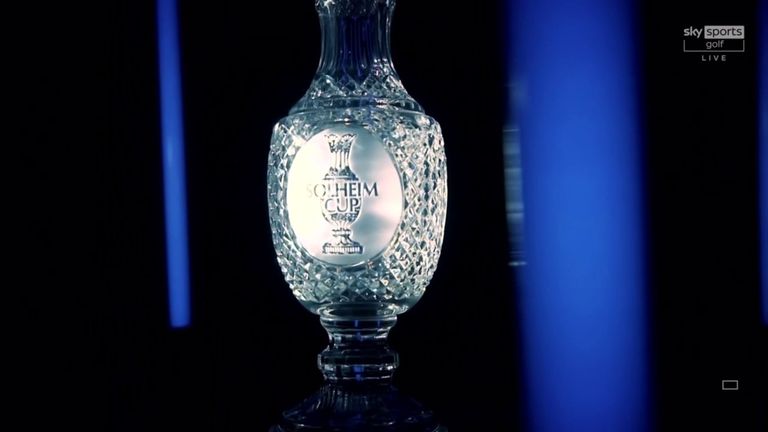 Team Europe are chasing back-to-back victories of the Solheim Cup this September, with extended coverage of the biennial contest live on Sky Sports.

Catriona Matthew's side arrive in Ohio as defending champions after their dramatic 14.5-13.5 victory at Gleneagles in 2019, with Europe looking for their first win on American soil since their record-breaking success in 2013.

AIG Women's Open champion Anna Nordqvist is one of five players retained from Europe's most recent success, with Charley Hull and Carlotta Ciganda both back for their fifth consecutive Solheim Cup appearance and former major champion Georgia Hall also part of a strong travelling team.

Team USA have the stronger side in terms of world ranking, with world No 1 Nelly Korda and five-time LPGA Tour winner Danielle Kang among the eight returning players from the 2019 side, while Austin Ernst is involved for the first time since America's home victory in 2017.

Sky Sports will once again be home of the Solheim Cup, with live coverage starting with the opening tee shot at the Inverness Club on all three tournament days from September 4-6.

There will be over 12 hours of live coverage over the first two days to cover all the action from the fourballs and foursomes, getting underway from midday on Saturday September 4 and Sunday September 5 on Sky Sports Golf, before the singles and closing ceremony is shown the following day.

Two hours highlights will be available shortly after the conclusion after each day's play and the final-day singles will be repeated - in full - on Tuesday September 7, with a host of dedicated programme available throughout the week and regular updates on Sky Sports' digital and social channels.

The Solheim Cup is part of a triple-header of live golf during the opening week of September, the start of an action-packed month on Sky Sports Golf, with all four rounds of the European Tour's Italian Open and the PGA Tour's season-ending Tour Championship also available to enjoy!

Who will win the Solheim Cup? Get ready for this year's contest by clicking on the video above and looking back at some of the memorable moments from Europe's 2019 victory!