Garcia and Rahm won Europe's only point of the foursomes session, with Team USA winning the other three matches on Friday morning at Whistling Straits - watch live throughout the week on Sky Sports Ryder Cup 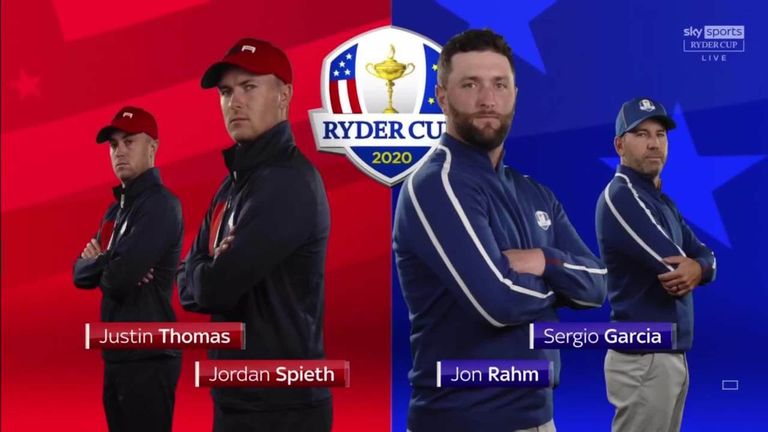 A strong start from Sergio Garcia and Jon Rahm could not stop Team USA moving into a 3-1 lead over Team Europe after the opening session of the 43rd Ryder Cup.

Garcia extended his advantage as Europe's record scorer when he formed an all-Spanish partnership with Rahm to win the first point of the foursomes, seeing off Justin Thomas and Jordan Spieth 3&1 in the star-studded top match.

Dustin Johnson and two-time major champion Collin Morikawa saw off Paul Casey and Viktor Hovland 3&2, while rookies Patrick Cantlay and Xander Schauffele won each of their first five holes on their way to a 5&3 thrashing of Ryder Cup stalwarts Rory McIlroy and Ian Poulter.

Steve Stricker's side increased their lead when Brooks Koepka and Daniel Berger despatched Lee Westwood and Matt Fitzpatrick, ensuring the hosts would take a two-point advantage into the afternoon fourballs.

Thomas missed an eight-foot opportunity to birdie the first but holed from a similar distance at the par-five next to win the hole for Team USA, only for Rahm to roll in a 15-footer at the third and nail a 60-footer at the fourth to register back-to-back birdies and move Europe ahead. 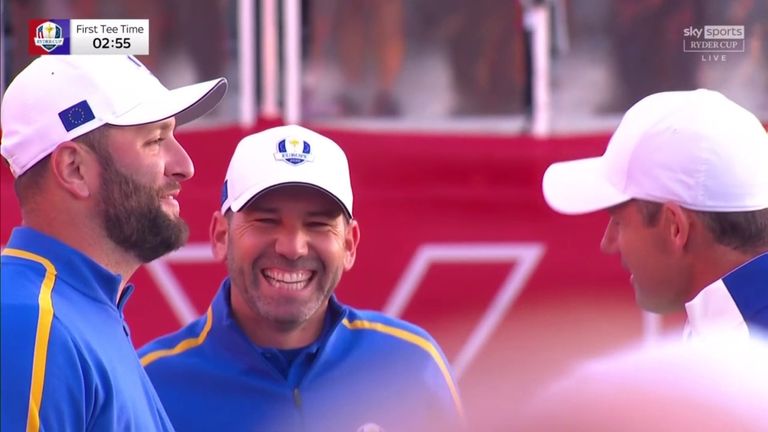 Rahm found the water with his approach into the par-five fifth, allowing Spieth to level the contest with a 20-foot birdie, before the world No 1 made back-to-back birdies from the seventh to take Europe two clear at the turn.

Garcia flicked a wedge close at the 10th to set up an easy birdie for Rahm, with Thomas winning the 13th with a birdie but falling back three behind when Garcia holed a 25-footer at the 15th. 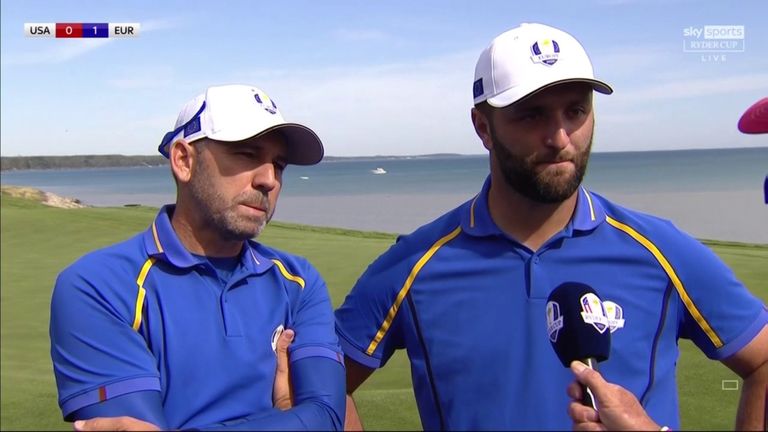 Thomas made a five-foot birdie at the next but missed a putt to extend the context at the par-three next, despite Spieth's incredible recovery shot from a steep bank, allowing Europe to seal the win with a regulation par.

Johnson made a 10-foot birdie to win the first and left Morikawa a close-range birdie at the next, as Hovland fired his approach at the second to tap-in range and converted from five feet at the third to pull the contest level. The former world No 1 lost the fourth after a wayward drive led to a bogey but responded with a 12-foot birdie at the sixth to move back level, with USA moving ahead when Casey could not save par at the par-three seventh.

Both teams exchanged birdies at the 10th and Morikawa converted from five feet over the next two holes to move USA three ahead. Hovland made a 15-footer to save par at the 13th and reduce the advantage, only for the hosts to seal the win with a two-putt birdie at the par-five 16th.

Koepka made successive birdies from the second and cancelled out an American bogey at the fourth by picking up a shot at the par-five next, before Fitzpatrick rolled in a 12-footer at the sixth to reduce the gap to one.

The team reached the turn level when Koepka failed to convert from six feet at the ninth, only for the four-time major champion to birdie the next and Berger to hole from a similar distance at the 11th.

Fitzpatrick made a 13-footer to save par at the 13th and kept Europe two behind heading to the 17th, where both teams hit their tee shots in the thick rough and allowed USA to claim the win with a bogey on the par three.

The Americans took the opening hole with a five-foot birdie and led throughout, claiming the second with a par when McIlroy missed from seven feet and winning the third when Schauffele holed a 10-foot birdie.

A par was enough to win the fourth and USA went five ahead when Schauffele drained a 35-foot birdie at the fifth, with Europe wasting a chance to close the gap when they three-putted from 40 feet at the eighth to share the hole. 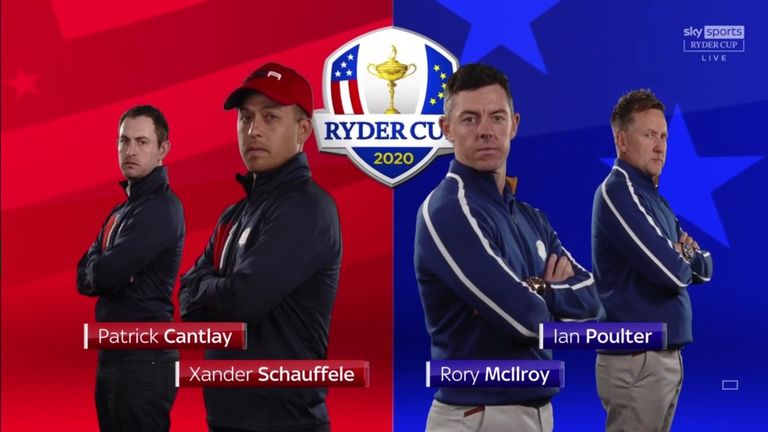 Europe won their first hole of the match with a birdie at the 10th, as Cantlay duffed a chip from the fairway, with a three-putt bogey from Team USA at the next cutting the advantage to three.

Both teams exchanged birdies over the next two holes, before Schauffele followed a close-range birdie at the 14th by holing from 10 feet at the next to complete an emphatic win in style.