Home side finish unbeaten in the afternoon fourballs to extend their lead to four points in Wisconsin; Jon Rahm wins 1.5 of the two European points on a disappointing opening day for Padraig Harrington's side. 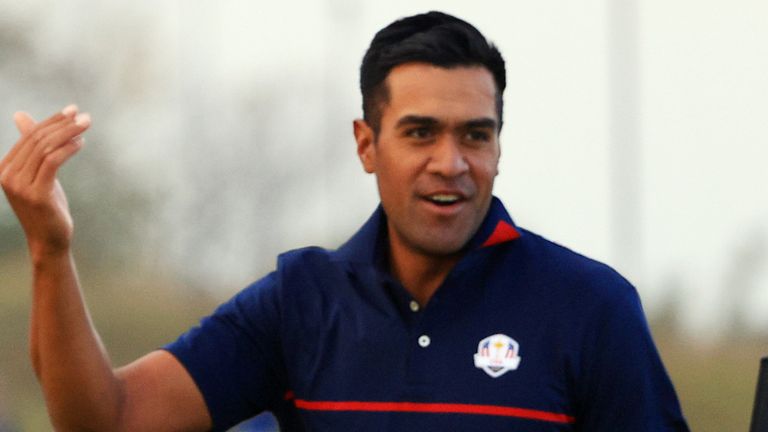 Europe made a nightmare start to their Ryder Cup title defence to fall 6-2 behind after an opening day dominated by Team USA at Whistling Straits.

Padraig Harrington's side, looking for back-to-back victories in the biennial contest after their 2018 success at Le Golf National, trailed 3-1 after the morning foursomes and were unable to prevent the hosts from building a record-breaking lead in the fourballs.

Rory McIlroy suffered two defeats in a day for the first time in his Ryder Cup career when he partnered Shane Lowry in a 4&3 loss against Tony Finau and Harris English, having been thrashed earlier in the day alongside Ian Poulter in the foursomes. 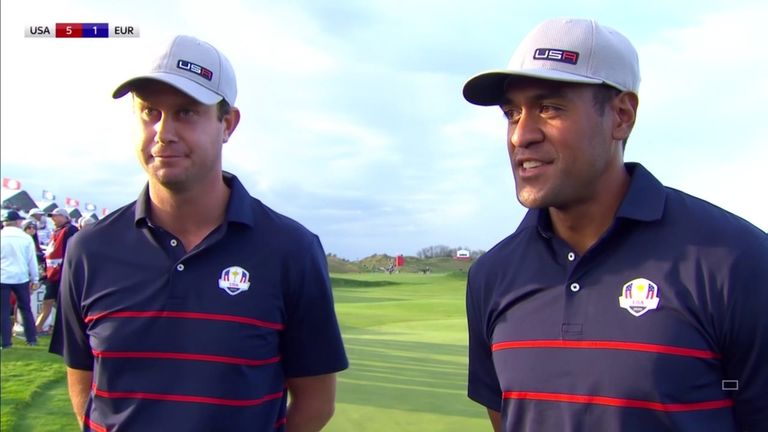 Steve Stricker's team moved further ahead when Dustin Johnson and Xander Schauffele both claimed their second wins of the day by seeing off Paul Casey and Bernd Wiesberger 2&1, with the hopes of a USA clean sweep and record-breaking lead looking a genuine possibility.

Tyrrell Hatton got some much-needed blue on the scoreboard when he birdied his final hole to grab a half-point alongside world No 1 Jon Rahm in their blockbuster match against Bryson DeChambeau and Scottie Scheffler, before Justin Thomas and Patrick Cantlay extended the hosts' advantage with an impressive comeback in the final match. 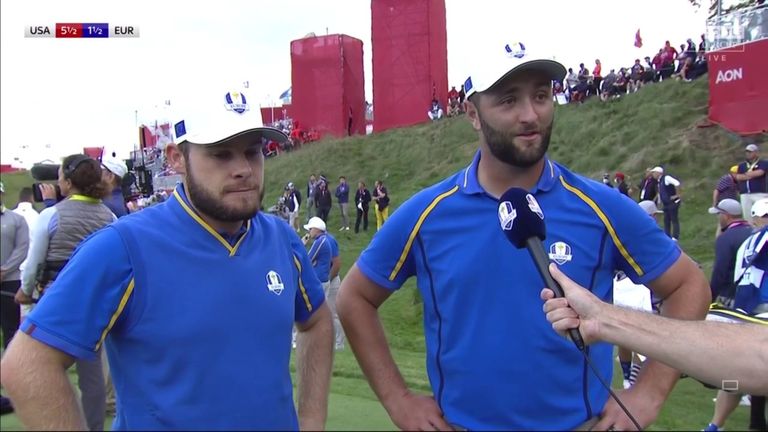 The American pair came back from being three holes behind against Tommy Fleetwood and Viktor Hovland to finish all-square against the European pair, completing an unbeaten afternoon session for the hosts and ensuring they would take a four-point advantage - their biggest opening day-lead at a Ryder Cup in 46 years - into the weekend.

Schauffele holed a 20-footer at the first to match Wiesberger's birdie and converted a 25-footer at the par-three third, with Johnson making a par at the fourth and picking up a shot at the fifth to put the hosts three ahead after five holes. 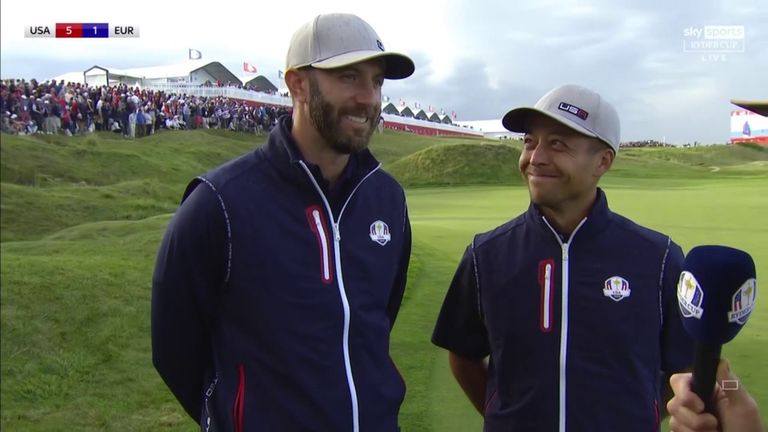 Johnson added another from 15 feet at the 12th to halve the hole when Wiesberger made his birdie from five feet, with Schauffele making a 10-footer to halve the 13th. Casey extended the contest with a 10-foot birdie at the 16th, only for USA to seal the win when Schauffele made a two-putt par at the par-three next.

Hatton birdied his opening two holes and made par at the fourth to move the Europeans ahead, only for DeChambeau to nail a 417-yard drive at the par-five next and flick a wedge to tap-in range for eagle. DeChambeau holed a 20-footer at the eighth but lost the next hole when Rahm knocked in his effort from seven feet, with Scheffler seeing his birdie at the 10th cancelled out when Rahm picked up a shot at the next to bring the contest back level.

Rahm and DeChambeau both conceded birdie putts at the par-three 12th after both firing incredible tee shots to inside two feet, with DeChambeau winning the 15th with a par and Scheffler converting from six feet at the next to match Rahm's birdie and keep the American pair ahead. The contest was the first of the tournament to reach the par-four 18th, where Hatton knocked his approach to eight feet and holed his birdie effort to snatch a share of the spoils.

Lowry kicked off his Ryder Cup career with a 10-foot birdie to halve the first and both teams shared the spoils at the par-five next, before McIlroy nailed a 30-foot eagle at the fourth to move Europe ahead. 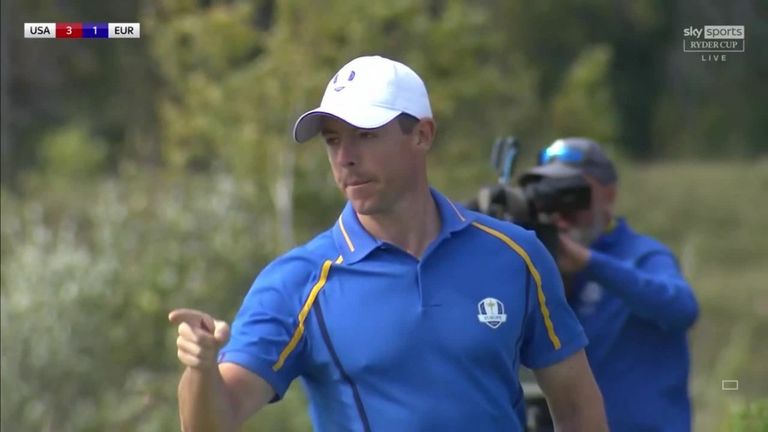 Finau won the next two holes with a par and birdie respectively, having also birdied the fourth, with English birdieing the eighth and Finau posting back-to-back gains around the turn to give USA a three-hole lead.

The Northern Trust winner holed a 15-footer to save par at the 11th and extended America's advantage by making a 10-foot birdie at the 13th, with Finau then converting from nine feet at the 15th for a match-winning par.

Thomas opened with a 12-foot birdie but quickly found USA behind when Hovland nailed a 30-footer at the third and won the fourth with a par, with Fleetwood adding a 15-foot birdie at the sixth and 10-footer at the eighth to extend the European advantage.

USA moved back within two when Thomas rolled in from 30 feet at the ninth, with the hosts only avoiding falling further behind when Fleetwood squandered birdie chances from inside six feet at both the 10th and 11th.

Cantlay fired his tee shot at the par-three next to set up a birdie to get back within one and Thomas levelled the contest with a 15-foot eagle at the 16th, as Hovland made birdie, with the teams both making pars over the final two holes to ensure the match would finish all-square.