The Masters: Five key numbers to know ahead of Augusta National

Tiger Woods returns to defend his title at The Masters, having won the Green Jacket for a fifth time at Augusta National in 2019. Bryson DeChambeau and Rory McIlroy among the favourites. Watch live on Sky Sports' dedicated Masters channel. 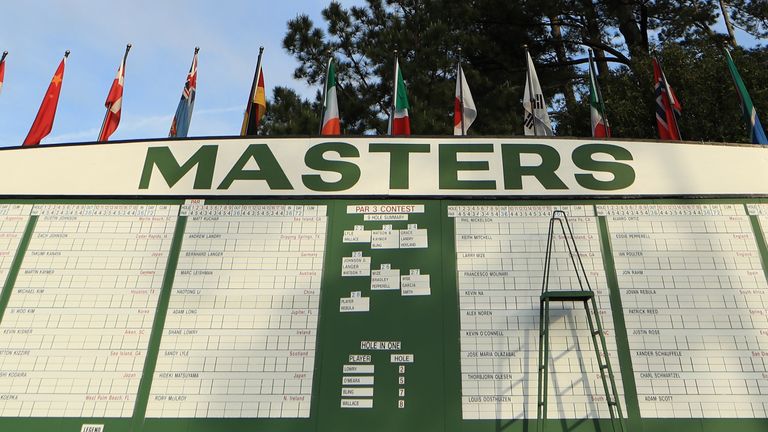 For the first time, Augusta National opens its gates for an autumn Masters Tournament.

While cooler air may have been expected in the new position on the calendar, forecasted temperatures for the week are actually slightly warmer than were experienced in April of 2019. Rain is likely, and will be a key storyline the next several days in Georgia.

With no patrons - and some different coloured leaves - the setting for this year's Masters has changed. But the underlying traits of a timeless golf course remain the same, and tension will undoubtedly permeate the Augusta pines in key moments all week long.

When's The Masters on Sky Sports?

Here are five key numbers to know as we head into the third and final men's major of 2020...

For generations, Augusta National has been referred to conversationally as a 'second shot' golf course. The newly available, shot-by-shot data bears that out in empirical fashion.

Since the PGA Tour season restarted in May, Justin Thomas ranks second in strokes gained approach per round. Other notables include Dustin Johnson (3rd), Collin Morikawa (12th) and Tyrrell Hatton (16th).

Woods' fifth Masters victory in 2019 was an unforgettable moment in the career of a sporting legend. In the win, he hit 80.6 per cent of his greens in regulation, highest in the field and the most since 2001, when Woods hit 83.3 per cent. How likely is it that Woods pulls off the back-to-back?

Father Time is not on Tiger's side: at age 44, he would be the oldest player to successfully defend a major championship title. The record currently belongs to Tom Morris Sr., who won the 1862 Open Championship at age 41. 'Old Tom' played a 12-hole course that week, beat a field of eight players, and no prize money was awarded. In other words, it's been a long time.

There are 97 players with 12 or more rounds played at The Masters since 2010. Of that group, Rahm ranks first in par five scoring, first in par four scoring, but 62nd on the par threes. If Rahm solves that aspect of his Masters performance this week, he could be fitted for a jacket on Sunday. 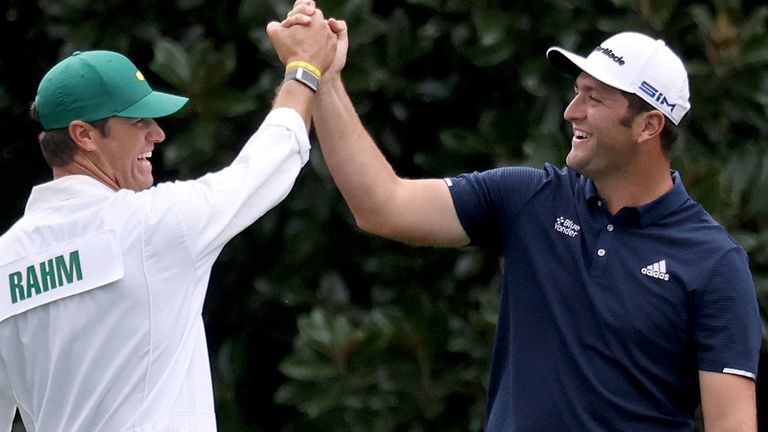 This will be the sixth time Rory McIlroy has played The Masters with an opportunity to complete the career grand slam. For what it's worth, all five of the men to complete the slam did so within their first three chances at the final leg.

Iron play has also been an issue for Rory since the coronavirus break: since play returned in May, McIlroy is ranked 68th of 128 players in that statistic. That's not terrible - but it's certainly not up to McIlroy's lofty standards.

While much is rightfully being made of how Bryson DeChambeau will attack the golf course this week, one other key storyline will be his performance on the greens.

Over the last three years, there are 58 players with eight or more rounds at Augusta National. Of that group, DeChambeau ranks 58th - dead last - in strokes gained putting per round.

Perhaps no player more visibly applies use of green-reading books in a round than DeChambeau does. These ultra-detailed documents are not available at Augusta National. Will Bryson crack the code of Augusta's nuanced greens, even if it isn't 'by-the-book?' Without that, it may not matter how far he hits his tee shots this week.