The Open: Tommy Fleetwood ready for 'a special day' at Royal Portrush 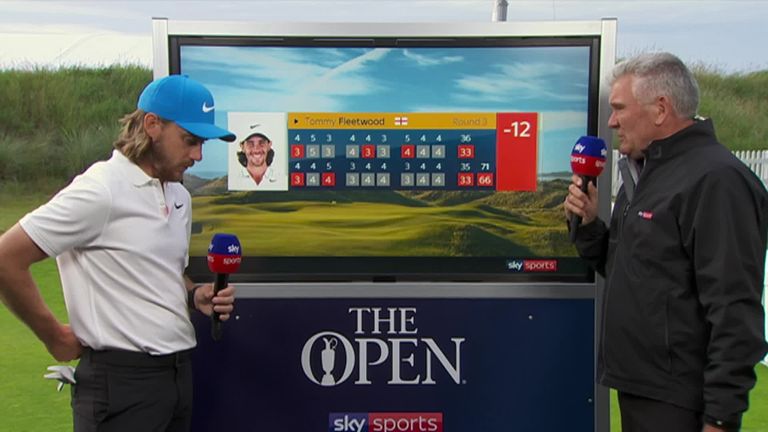 Tommy Fleetwood is ready for a "very special day" when he tees up alongside Shane Lowry in the final pairing in the final round of The 148th Open at Royal Portrush on Sunday.

The Englishman is 12 under after 54 holes but still four behind Lowry after his course-record 63 in the third round, and Fleetwood knows he is going to have to deal with a tidal wave of support for the Irishman.

"I know what it's going to be like," said Fleetwood, who like Lowry is seeking his maiden major victory.

"I've had my fair share of support for the first three days. Hopefully there will still be some people out there rooting for me. And it's going to be, for me, especially being in that group, it's going to be harder than the rest of the field, for sure.

"But you play your game. You do your thing. I'm very, very happy to have that challenge. If you had said at the start of today, at the start of the week, at the start of the year, you're going into the last round - whether I'm four back, five back, it doesn't matter - I'm in the last group Sunday at The Open and playing with Shane, and the majority of the crowd might not be with you, I would have said, 'Yeah, that's fine'.

Fleetwood's five-under 66 was overshadowed by Lowry's effort but he was pleased with his flawless round which featured five birdies over the first 12 holes before he closed with six successive pars.

"It was a very special occasion and a great day to be playing golf today," he added. "Happy to be in the mix. Happy to be a part of it, happy to play my part in the atmosphere today.

"Personally I did a lot of things well. Aside from hitting golf shots, everything that I set out to do before today started I felt like I was really good at. I played great. Felt really comfortable in my swing, was able to hit the golf shots I wanted to. And yeah, just a really, really strong day."

Fleetwood leads the English challenge with Justin Rose three shots behind him on nine under following a three-under 68, which included an eagle at the 12th.

The world No 4 knows it will be tough to catch Lowry but he is hoping the bad weather that is forecast for Sunday will come to his aid.

"I think I got just about enough out of the day that I needed to to sort of stay in contention going into tomorrow," he said.

"We really put a good run in together there on the early part of the back nine. Made eagle on 12, birdied 13, 15. Obviously dropped one coming in, which is a shame because I made a mental target of getting to 10 under. 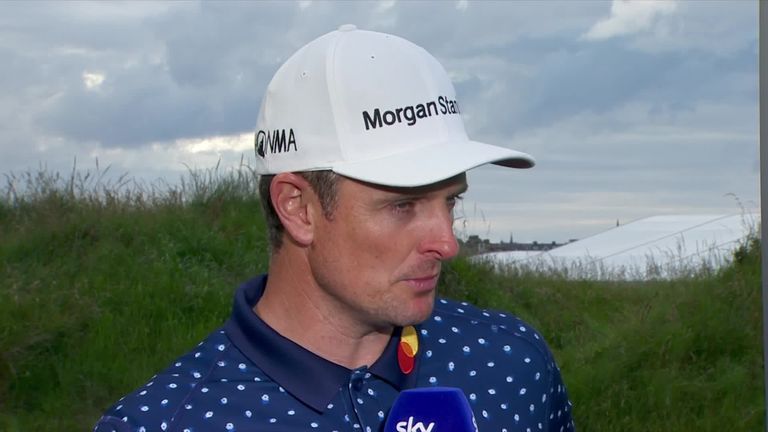 "The most important thing about getting to where I felt 10 under par was, is it wouldn't put too many guys ahead of me going into tomorrow. If I do play a great round of golf in tough weather, you don't have to run through a whole bunch of guys, you've got one or two guys to chase. You just never know what kind of day they may or may not have in a tough weather day." 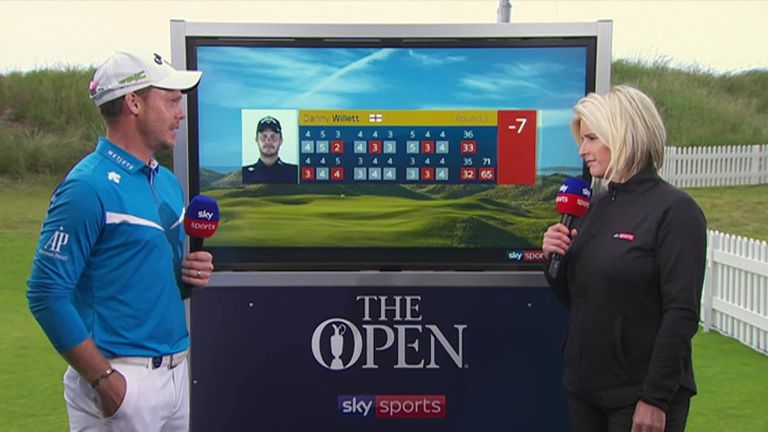 Lee Westwood is one behind Rose on eight under after a 70, while Danny Willett stormed up the leaderboard to seven under thanks to a six-under 65 which contained six birdies.

"It was fun," said Willett. "Yeah, it was a good day's work. We played pretty good most of the week. We had a few bad shots on Thursday that cost us some silly drop shots. But apart from that we've played some really good golf.

"Today was pretty stellar in the conditions. We had it relatively windy for most of the day. The ball under good control. Had a lot of chances. It's never not fun to shoot 65 on a Saturday Open. We'll see."