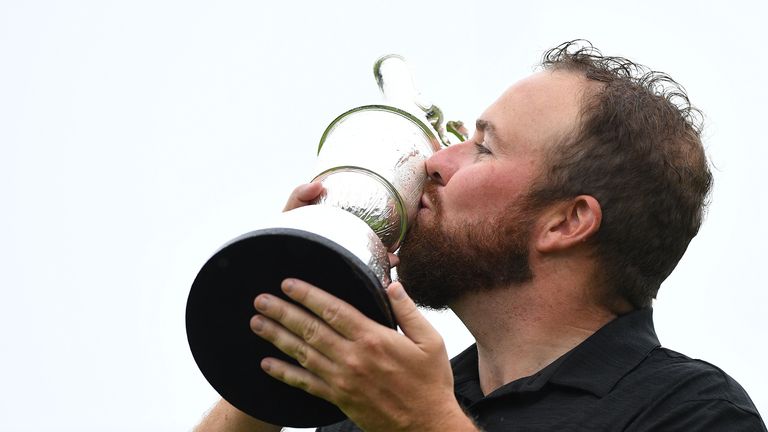 Shane Lowry scored one of the most popular Open victories in the 148 editions of the Championship after defying the elements to claim a handsome six-shot victory amid jubilant scenes at Royal Portrush.

Roared on by an expectant crowd from the moment he stepped foot on the first tee, Lowry banished the memories of letting slip a four-shot lead on the final day of the US Open three years ago as a one-over 72 was plenty enough to earn his maiden major title with a winning score of 15 under par.

It was far from a procession to the finish line as he bogeyed the first and dropped three shots in four holes around the turn in the worst of the weather, but closest challenger and playing partner Tommy Fleetwood was hampered by a cold putter and was unable to apply sufficient pressure, with Lowry's lead never less than three.

The Open's return to Portrush for the first time since 1951 proved an unqualified success, with a record-breaking sell-out crowd treated to a magnificent performance from the man who took over as the overwhelming fan favourite once Rory McIlroy's brave attempt to make the cut came up short on Friday evening.

Lowry's nervy form on the first raised concerns as he pulled his opening tee shot perilously close to the out-of-bounds markers and gouged his second into the front-left bunker, from where he splashed out to 25 feet and left his par-putt six feet short.

But he gathered himself and, perhaps encouraged by Fleetwood missing from eight feet for birdie, Lowry rattled in the putt for bogey just moments after a three-shot swing had been on the cards. 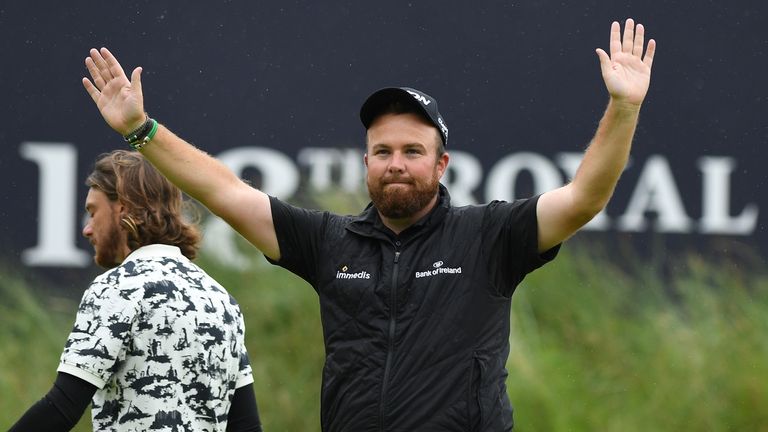 His lead was back to four when Fleetwood bogeyed the fourth and, by the time the final pairing reached the eighth tee, Lowry's advantage had been extended to six shots.

Lowry converted a delightful approach to the fourth for birdie after Fleetwood left a long-range birdie putt short, and he matched the Englishman's birdie on the next before adding another at the long seventh, where Fleetwood pulled his drive way left and had to settle for par when he found sand with his second.

The top two were then reaching for the waterproofs as the heavy rain and strengthening winds moved in, and both bogeyed the eighth as Fleetwood again found the rough off the tee while Lowry three-putted from long range.

Lowry offered another glimmer of hope for his rivals when he blocked his drive into the right rough and eventually missed from 15 feet for par, while Fleetwood made the same mistake from the tee but managed to grind out an excellent four.

But Lowry's lead was quickly back to six when Fleetwood's putter misfired again, missing from barely three feet to slip back to 10 under alongside Westwood, who would then take himself out of the running with three straight bogeys from the 11th.

Lowry's nerves continued to fray on the 11th green, where he raced a birdie putt an uncomfortable distance past the cup and failed to hole the return, and Fleetwood trimmed the deficit to four when two crisp blows found the long 12th in two to set up an easy birdie.

Both did well to get up-and-down for pars at the short 13th, but Lowry received a huge gift on the 14th when, despite making his fourth bogey in seven holes, Fleetwood got into awful difficulty when he bunkered his drive, splayed his second into rough and needed four more to get down.

The bonus injected a fresh spring into Lowry's stride, and he wrapped one hand around the Claret Jug with one of his best shots of the day - a cracking iron to six feet at the 15th which he popped in for a birdie which restored his six-shot lead with the daunting final three holes to negotiate.

But with the conditions getting friendlier for the grand finale, Lowry was a model of composure and consistency as he closed with three cast-iron pars, the last of which ignited noise levels rarely heard before at any Open Championship.

Fleetwood, to his credit, also parred in to return a 74 which secured his second runner-up finish in a major, while Tony Finau's level-par 71 was enough to win the race for third on seven under ahead of Westwood and world No 1 Brooks Koepka.