US Open: Bubba Watson claims golf does not celebrate its great players as it attempts to limit big-hitters

"We don't celebrate when a guy makes eight birdies or a guy bombs it 400 yards," rants Bubba Watson after carding 67 in second round at Torrey Pines; watch final two rounds of US Open live on Sky Sports Golf over the weekend 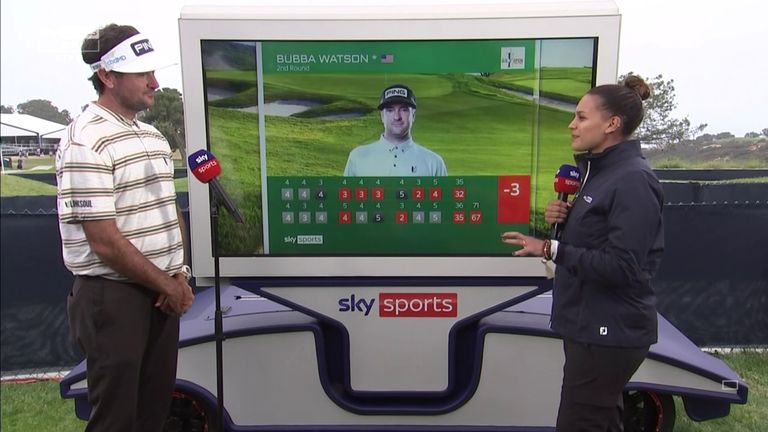 Bubba Watson took the opportunity to have a rant about the state of the game after carding a four-under 67 in the second round of the US Open.

The 42-year-old believes the authorities are wasting an opportunity to celebrate something special in golf by attempting to rein back the accomplishments of big-hitters like Bryson DeChambeau.

Watson feels golf courses should not be changed to limit their power and they should be allowed to show off their skills.

"The sad part for me is we celebrate every sport in the world," said dual Masters champion Watson. "We celebrate accomplishments. We celebrate a guy scoring 50 points in the NBA. They are not saying quit shooting three-pointers.

"I'm definitely not in that group of great players. I'm saying I want to see these guys hammering the ball. I want the next up-and-comer. I want a 6ft 8ins guy not playing in the NBA, I want to see him on the PGA Tour bombing the ball.

"We're the only sport not celebrating accomplishments of being a guy working out in the gym that can hit the ball miles. We're mad at that guy. I don't know why, but we are. I'm not, but some people are - golf course designers.

"The NBA, Tom Brady winning, throwing touchdowns, we celebrate that. They don't ever talk about us chopping out of the [rough] - hey, he laid up again. That's great. Anyway, that's my rant for the day."

Watson's 67, which included five birdies in his closing six holes, moved him to three under at the halfway stage, just two behind the morning pacesetter Richard Bland, and he is now looking forward to the weekend.

"Whatever position I'm in, I made the cut, so that's a bonus for me," he said. "A golf course that I've been successful around a few times, top 10 a few times, so looking forward to the challenge kind of. Should be fun. 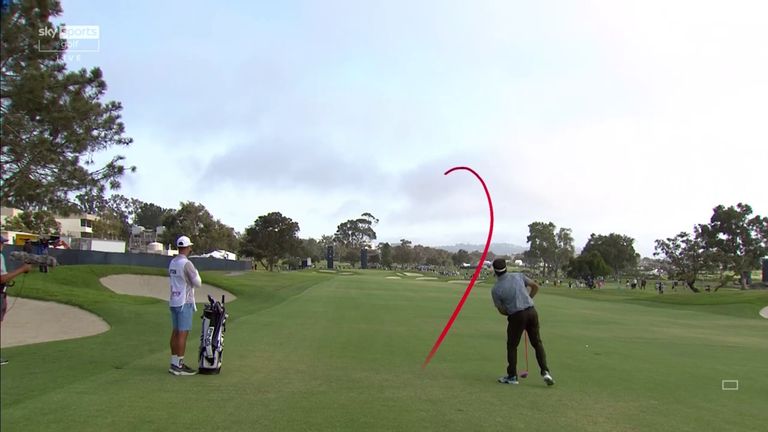 "I've played well here. This golf course is such a beast. Great putters don't make as many putts because rumour is it bounces around these greens. So bad putters still putt bad, so I'm right there. I've got a chance on this course. I putted well.

"I'm just hitting big slices, trying to get the ball in play, but I can see this golf course a lot better, and I got some confidence knowing that some areas are patchy, where you can play out of the rough when you miss the fairway.

"As long as you're missing it in the right places, you still have a chance -not a good chance - but you've got a chance."