Spinner Mujeeb-Ur-Rahman took three wickets as Afghanistan beat Ireland by 21 runs to take an unassailable 2-0 lead in their three-match T20I series in India.

Mujeeb finished with figures of 3-38, capturing the key wickets of openers Kevin O'Brien and Paul Stirling as well as dismissing Harry Tector, who had kept Ireland's hopes alive with a knock of 37 from 29 balls.

Afghanistan skipper Asghar Afghan won the toss and top-scored with 49 from 28 deliveries, adding 74 in just five overs with Mohammad Nabi (27 off 17) as his side posted 184-4 from their 20 overs. 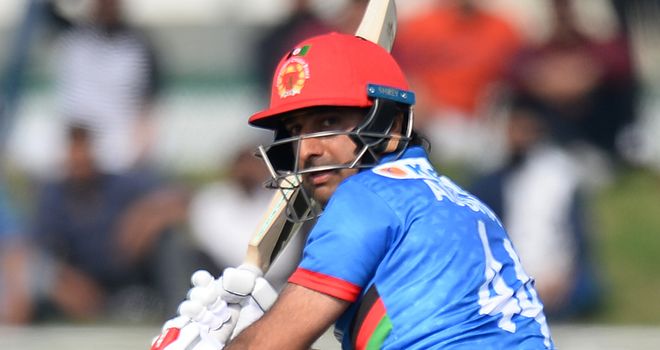 Ireland's chances of a successful run chase were dented by the loss of both O'Brien and Stirling in the powerplay, although captain Andy Balbirnie (46 off 35) and Tector (37) staged a recovery.

However, tight bowling from Rashid Khan (1-26) and Shapoor Zadran (1-25) meant Ireland were unable to keep up with the required run-rate and they eventually closed well short on 163-6.

The third and final match in the series takes place on Tuesday at the same venue, Greater Noida Sports Ground.