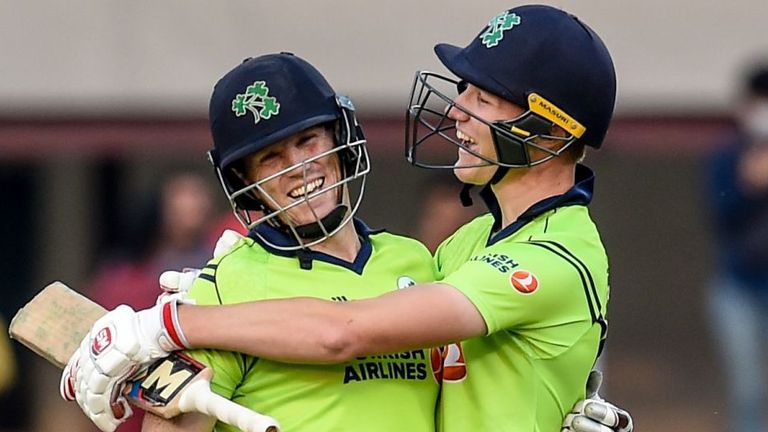 Kevin O'Brien smashed a six off the last ball as Ireland beat Afghanistan in a Super Over in their final T20 to avoid a 3-0 series defeat.

With three needed off the final delivery, O'Brien dispatched the ball over the boundary to secure a dramatic win for Ireland, who lost the series 2-1.

Gareth Delany top scored with 37 in Ireland's innings as they made 142-8 batting first in Greater Noida.

He then took two wickets to put Ireland in a good position in response, but Afghanistan scored 15 off their final over to tie the match before losing in a Super Over.

Ireland's next assignment is a three-match ODI series against Bangladesh in Belfast in May. 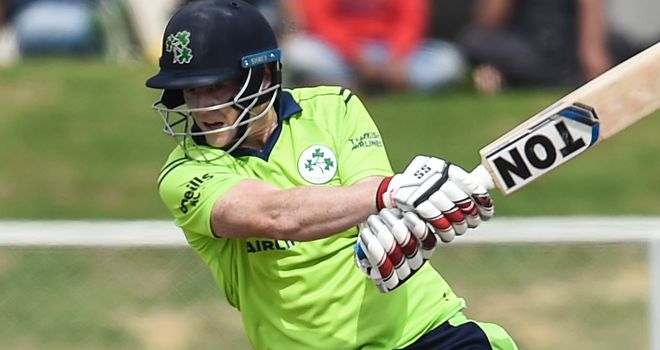 Kevin O'Brien won it off the final ball for Ireland

After opting to bat first, Ireland suffered two early setbacks as they lost Paul Stirling (0) in the first over then saw captain Andy Balbirnie bowled for nine.

O'Brien (26 from 21 balls) and Delany (37 from 29 balls) rebuilt before being dismissed in successive overs.

Harry Tector helped push Ireland to a competitive total with 31 from 22 balls, including two sixes.

Naveen-ul-Haq and Qais Ahmad were the pick of the bowlers with three wickets apiece. 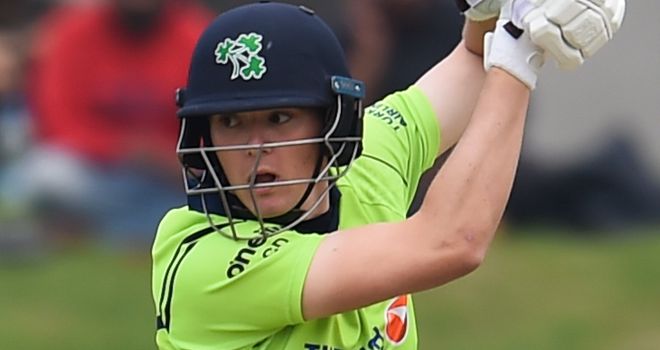 Gareth Delany made 37 from 29 balls and took two wickets

Afghanistan made a solid start as Rahmanullah Gurbaz (42 off 29 balls) and Usman Ghani (18 off 24 balls) put on 60 for the first wicket.

However, Delany had both caught in the same over before Barry McCarthy bowled Karim Janat (17 off 11 balls).

Simi Singh took two wickets in two balls to further stall Afghanistan's progress, but they smashed 15 off the final over, including four off the last ball, to tie the match.

Craig Young conceded eight in the Super Over, which looked to be within Ireland's grasp as they scored five off their first two balls.

However, Stirling was dismissed and it needed heroics from O'Brien to secure the win.