Ashes 2015: England bowled out for just 103 as Australia level series

Australia levelled the Ashes series in emphatic fashion, thrashing England by 405 runs in the second Investec Test at Lord’s.

Set a monumental 509 to win in just over five sessions, the home side only managed to last 37 overs as they were bowled out for a paltry 103 to lose with a day to spare.

Mitchell Johnson bounced back from a disappointing performance in Cardiff with three second-innings wickets, while he also caused the run out of Ben Stokes with a direct hit from mid-on.

The victory – Australia’s 15th at the famous venue but their first since 2005 – means the two teams are locked at 1-1 ahead of the third Test at Edgbaston. 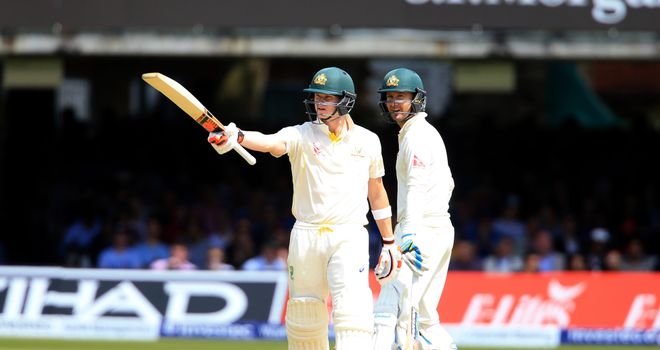 England, meanwhile, have plenty to ponder before the next match. Having triumphed in the opener in Cardiff, they were second best at Lord's from the moment Michael Clarke opted to bat first after winning the toss.

Avoiding defeat always looked a tall order going into the fourth day, yet they failed to even stretch the game into a final chapter. 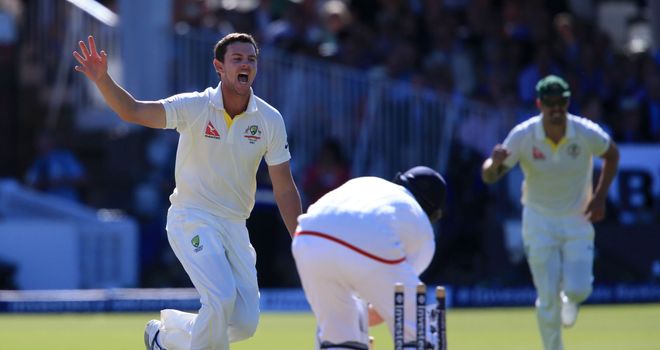 They lost five top-order batsman in the afternoon session, Adam Lyth (seven), Alastair Cook (11) and Gary Ballance (14) all caught behind by wicketkeeper Peter Nevill as England found themselves three down quickly again.

Ian Bell had already been dropped by the time he perished for 11, caught at short leg off the bowling of spinner Nathan Lyon, while Stokes was run out before getting off the mark.

The all-rounder failed to ground his bat, or foot, behind the line as he took evasive action to avoid Johnson’s shy at the stumps, leaving England teetering at tea on 64-5.

The procession of wickets continued after the break, Jos Buttler (11) and Moeen Ali (0) falling in the same Johnson over. 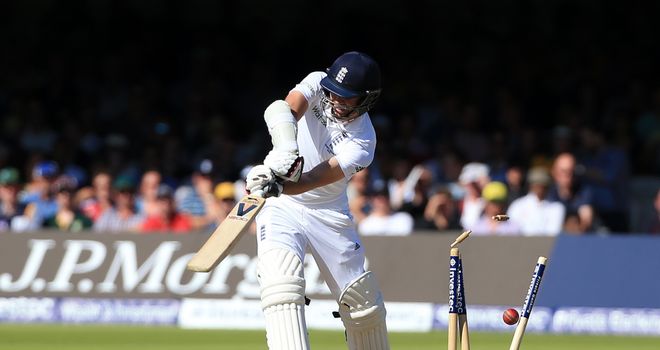 Stuart Broad swung away to make a top score of 25, but England already knew the game was up. Josh Hazlewood knocked over Joe Root for 17 before wrapping up the win by bowling last man James Anderson for a duck.

The only concern for Australia was the sight of Chris Rogers having to retire due to a dizzy spell in the morning. He had added just five runs to his overnight total of 44 when he left the field. 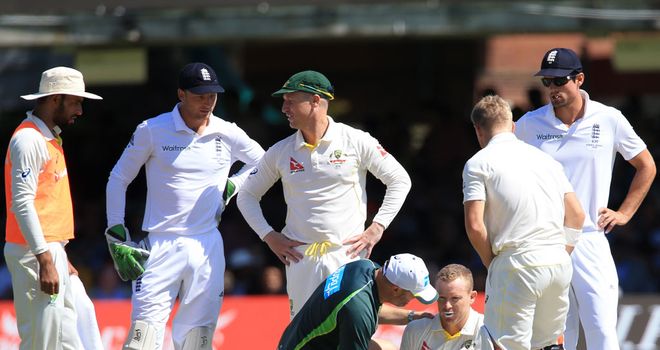 Chris Rogers: Forced to retire due to a spell of dizziness

Watch The Ashes live on Sky Sports on Sky Sports Ashes HD or watch with a NOW TV Sports Day Pass. Our Ashes Events Centre - the best of Sky Cricket's analysis at your fingertips - is available on our iPad app.