An incredible century from Jos Buttler inspired a sensational one-wicket win for England in the fifth ODI at Old Trafford to clinch a 5-0 series whitewash of Australia for the first time.

In a topsy-turvy, thrilling final match of the series, Buttler scored a stunning unbeaten 110 off 122 balls, displaying superb mental strength to see England recover from 27-4 when he came to the crease, and 114-8, to chase down 206.

Australia had earlier collapsed woefully to be bowled out in 34.4 overs after getting off to a flying start which saw them belt 58 in their opening six overs. But, the tourists came back fighting with fast bowler Billy Stanlake (3-35) producing a stirring opening spell that accounted for three of England's top order.

Stanlake saw off Jonny Bairstow (12), Joe Root (1) and captain Eoin Morgan for a duck, troubling all three with a variety of extreme pace or sharp bounce, inside the opening eight overs, while Ashton Agar bowled Jason Roy - a notoriously poor starter against spin - four balls into the innings. 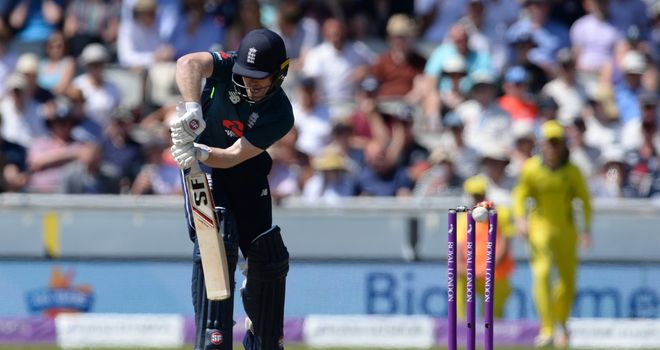 England continued to lose wickets either side of lunch, but Buttler remained and finally received some much-needed support from Adil Rashid (20) in an 81-run stand for the ninth wicket.

Rashid's role - a watchful, responsible 47-ball knock - cannot be underestimated, although with England within 11 runs of victory he did inexplicably gift Australia his wicket, top-edging Marcus Stoinis to deep fine leg, with Stanlake taking a terrific catch.

But, Buttler fired the very next ball for six to bring up his century and take the runs required into single figures. Those five runs were eventually acquired over the course of a couple of painstaking, tension-filled overs, with No 11 Jake Ball blocking out 10 balls, before Buttler fired the winning boundary through the offside.

Earlier, faced with a good surface for batting that belied the 19 wickets to fall in the day, Australia won the toss and elected to bat, getting off to an explosive start with Travis Head and Aaron Finch feasting on debutant Sam Curran's first couple of overs in particular. 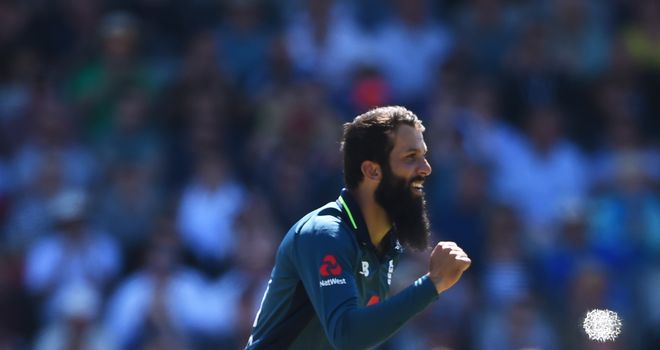 That brought about an early England bowling change, with Moeen Ali (4-46) introduced and immediately striking, taking two wickets in three balls in the seventh over to dismiss Finch (22) and Stoinis for a duck.

Curran, after going for 25 in his first two overs in ODI cricket, came back in his second spell and repeated Moeen's trick by removing Alex Carey (44) and Agar - inexplicably leaving a straight one - within two balls of each other to reduce Australia to 159-7.

Agar's brain-fade was one of several from the Australian batsmen, with them suffering two run outs - one, a brilliant direct hit from Buttler to see off skipper Tim Paine (1) - and Shaun Marsh (8) out stumped after some further fine work from Buttler.

Head (56) hit a 36-ball fifty before fending a short Liam Plunkett delivery to mid-wicket, while Carey and D'Arcy Short batted nicely lower down the order, though the latter was left stranded on 47 not out as England ran through the tail.

With England having notched scores of 342, 481 and 314 in the previous three ODIs, it was expected they would make light work of their 206-run target but, like in the opening game at The Oval, it was a smaller score that troubled the team the most.

England snuck home to a three-wicket win chasing 215 on that occasion, but the proposition was a lot tougher this time around as they slipped to 114-8 in the 30th over as Kane Richardson (3-51) did for Curran (15) and Liam Plunkett - both nicking behind - in back-to-back balls to be on a hat-trick.

But, Buttler was unmoved and, with Rashid and Ball's help, fired England to a famous win and series victory.