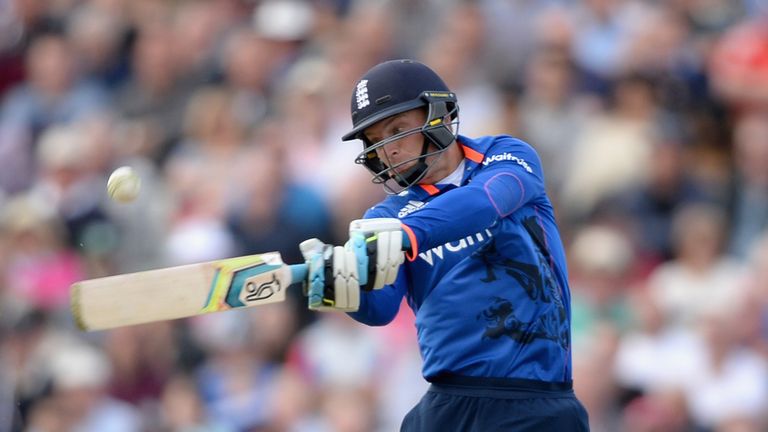 Jos Buttler and Joe Root’s rapid centuries helped smash England into the record books and to a 210-run victory over New Zealand in the first ODI..

Buttler (129) and Root (104) blasted the second and fourth-fastest tons by Englishmen in ODI cricket – 66 balls and 71 balls respectively – as the hosts clubbed their way to their highest one-day total of 408-9 after being put into bat.

Steve Finn (4-35) and Adil Rashid (4-55) then snared four wickets each – the former nabbing the prized scalp of Brendon McCullum (10) – as England dismissed the Black Caps for 198 in 31.1 overs to secure their record ODI win.

England posted 400 in an ODI innings for the first time, beating their previous best 391-4 against Bangladesh in 2005, though they suffered a disastrous start when Jason Roy cracked the opening ball, bowled by Trent Boult (4-55), to backward point.

However, Alex Hales (20 from 20) and Root then smoked a quick-fire fifty partnership off 43 deliveries, before two century stands set England well on their way to a massive total.

Root and Eoin Morgan (50) put on 121 for the third wicket and, after Root had secured his fifth ODI ton and the home side had lost four wickets for 31 runs – including debutant Sam Billings (three) – Buttler and Adil Rashid (69) put on the record seventh-wicket stand in ODI cricket.

The pair’s partnership was worth 177 – beating the 130 procured by Zimbabwe’s Andy Flower and Heath Streak against England in 2001 – during which time Buttler notched his second ton in the ODI arena following an array of expansive strokes.

Liam Plunkett biffed England over the 400 mark with a six in the final over, stopping Grant Elliott taking a hat-trick in the process, and the opening over of New Zealand’s innings was equally eventful, with Finn bowling McCullum after being blasted for two fours.

Martin Guptill (22) and Kane Williamson (45) played some handsome shots before being dismissed by Finn and Rashid respectively, but a 66-run stand for the fourth wicket between Ross Taylor (57) and Elliott (24) was New Zealand’s best partnership.

However, Elliott’s exit – the veteran run out by Billings after nudging down to third man – was the start of the tourists losing their final seven wickets for 38 runs.

Chris Jordan, though, sealed a new-look England’s triumph, having last man Mitchell McClenaghan caught on the midwicket boundary by Hales, as Morgan’s men went 1-0 up in the five-match series in commanding style.