Jofra Archer played a starring role on debut as England beat Pakistan by seven wickets in the one-off T20I in Cardiff.

The fast bowler took 2-29 and ran out Pakistan danger man Babar Azam (65 from 42 balls) with a direct hit as England restricted the tourists to 173-6 from their 20 overs.

James Vince (36) and Joe Root (47) then laid the foundations for the chase before captain Eoin Morgan (57no from 29 balls) smashed a 28-ball half-century and hit Faheem Ashraf back over his head for six to seal the win with four balls to spare. 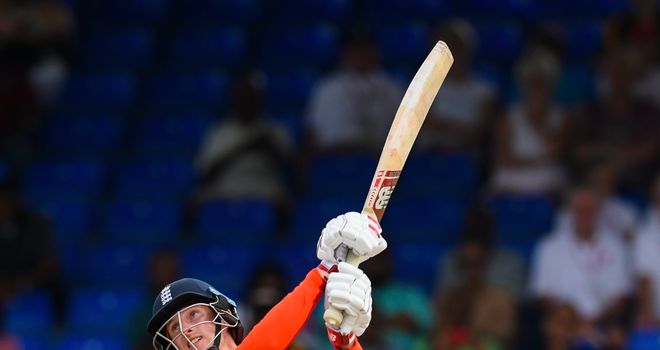 Pakistan won the toss and elected to bat but found themselves two wickets down inside five overs.

Babar had already escaped a calamitous run out in the first over when Ben Foakes contrived to miss the stumps from point-blank range before Tom Curran removed Fakhar Zaman.

The left-hander tried to drive over cover but mistimed the shot and Eoin Morgan plucked the ball out of the air one-handed to send the batsman on his way.

Imam-ul-Haq, one of five T20I debutants in the match, was next to go as Archer showed exactly what all the fuss is about with a fierce 89mph bouncer that surprised Imam, thumped into the glove and looped down the legside to Foakes. A second debut wicket of the week for the fast bowler.

England could not press home their advantage though and after a couple of steady overs, Babar and Sohail accelerated, taking 15 from a Chris Jordan over and 11 from Archer's next.

Babar launched Joe Denly's first two balls into the stands and went through to a 31-ball fifty with a single from the next and Sohail followed him to a half-century, from 34 balls, two overs later. Babar Azam scored a fluid 65 from 42 balls for Pakistan

Pakistan looked set to challenge 200 as the hundred partnership came up from just 61 balls and it took the return of Archer to halt the momentum. Pace had done for Imam but it was a slower ball that deceived Sohail, who holed out to David Willey at cow corner.

Two balls later, Babar was gone. The opener nudged the ball into the legside, hesitated, ran and then hesitated again, allowing Archer to swoop and throw down the stumps in emphatic style.

Another run out followed in the next over, Jordan quickly overcoming the disappointment of putting down a one-handed catch off his own bowling - a chance few others would even have got a hand to - to hit the stumps at the non-striker's end after Asif Ali had wandered carelessly out of his ground.

Jordan then had Faheem Ashraf caught in the final over of the innings but boundaries from the last two balls bolstered Pakistan's total and put a little more pressure on a relatively inexperienced England batting line-up.

James Vince looked in fine touch as England began their chase but he lost his opening partner, Ben Duckett, in the third over as the left-hander drilled the ball straight to Imad Wasim at mid off to gift Shaheen Afridi a wicket.

Vince and Joe Root added another 45 for the second wicket before the stand was broken somewhat controversially. Vince was adjudged to have tickled the ball down leg off Imad but quickly reviewed. UltraEdge showed the batsman had hit the ground just as the ball passed the bat but with no way of telling whether the murmur was bat hitting ball or just the ground, the decision was upheld.

Having initially struggled to get going, Root started to find the gaps but fell just short of 50, feathering the ball behind attempting to ramp Hasan Ali.

The required rate had stayed steady at around 10-an-over and with Morgan striking the ball cleanly and wickets in hand, England were in control.

Morgan and Denly (20no from 12 balls) whittled down the runs and a flurry of boundaries left the hosts needing just seven from the final over.

Morgan took two from the first ball to bring up his fifty and completed the win in style next ball.

The two sides will now travel to London to begin the five-match ODI series at The Oval on Wednesday.

Watch the first one-day international between England and Pakistan at The Oval from 12.30pm, Wednesday on Sky Sports Cricket.