Watch day four of the second Test between England and Pakistan, live on Sky Sports Cricket, from 10.30am on Sunday 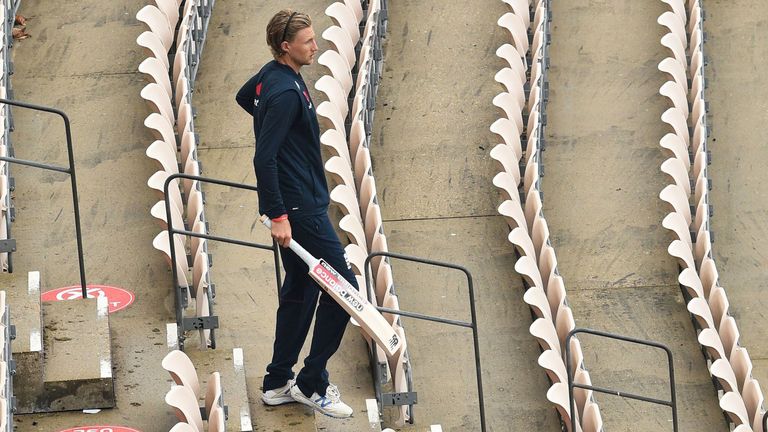 England and Pakistan endured a frustrating day as gloomy weather conditions at the Ageas Bowl forced day three of the second Test to be abandoned without a ball bowled.

While there was only light drizzle in the air - with the ground covers on as a precaution - the poor light readings meant the players were unable to return to the field.

Inspections at 3.30pm and 4.15pm found the outfield was still too wet for play and the light was only getting worse. Play was finally abandoned for the day following a third inspection at 5.15pm and with two days remaining, a draw seems increasingly likely.

Pakistan had reached 223-9 in their first innings after a truncated second day's play, with wicketkeeper Mohammad Rizwan unbeaten on 60 and last man Naseem Shah alongside him at the crease. 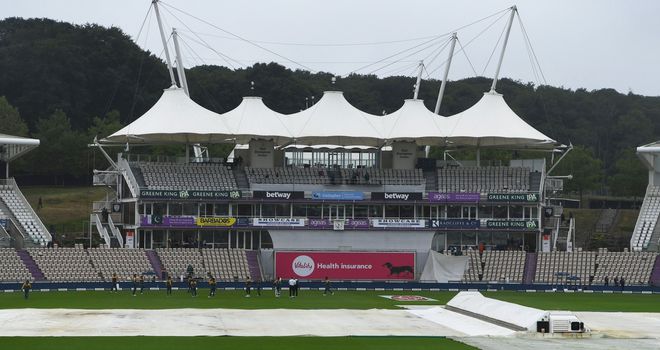 The tourists, who trail 1-0 following England's dramatic three-wicket victory in the series opener at Old Trafford last week, need to win in Southampton to give themselves a chance of a series success.

The third and final Test of the series is due to begin on Friday August 21, also at the Ageas Bowl.

Watch day four of the second #raisethebat Test between England and Pakistan, live on Sky Sports Cricket from 10.30am, Sunday.