England win by an innings and 209 runs

Broad claimed five wickets in the match, including 3-34 in the second innings where he found himself in with a chance of taking a record third Test hat-trick.

While he couldn't quite manage that, his haul was sufficient to see him to 384 Test scalps and past Botham and into second spot in England's all-time leading Test wicket-takers, behind his great mate James Anderson.

Windies were 44-1 in their first innings at the start of the day, still some 470 runs behind England's mammoth score of 514-8 declared, and endured a disastrous day where they lost 19 wickets as the home side enforced the follow-on.

The writing was on the wall when, after a brief rain delay, Anderson picked up the wicket of Kyle Hope (25), shoulder-edging to Ben Stokes at gully, in the first over of the day.

Then in the next, Anderson ran out Kieran Powell (20) from mid-on to ensure both the Windies' overnight set batsmen were swiftly dismissed. 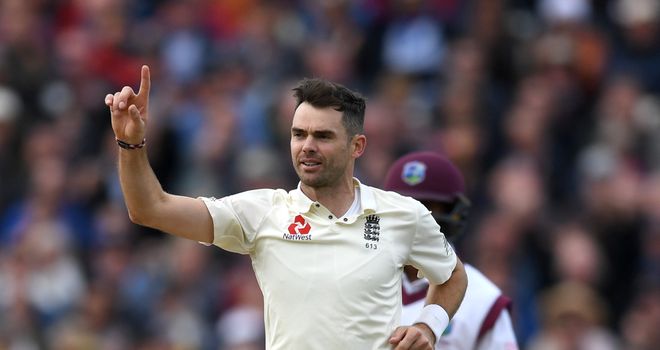 Anderson (3-34) also bowled Roston Chase off the inside edge, for a duck, during his fine opening spell, while Toby Roland-Jones took two wickets when eventually relieving Anderson.

Roland-Jones (2-31) bowled Shai Hope (15) - another to fall foul of an inside edge back onto his stumps - and also picked up Shane Dowrich (4) lbw.

Moeen Ali (1-15) added the wicket of Jason Holder (11), given out caught behind on review, before Broad bowled Kemar Roach (5) and trapped Alzarri Joseph (6) lbw either side of lunch.

The innings was ended with a second run out, of tailender Miguel Cummins (0), and England skipper Joe Root then had no hesitation in making them bat again - Jermaine Blackwood left stranded after an enterprising innings of 79 off just 76 balls.

Opener Kraigg Brathwaite battled for 40 hard-earned runs before falling to what proved to be the last ball before tea, given out lbw on review to Ali (2-54).

The England offspinner also picked up the wicket of Blackwood (12), stumped when dancing down the pitch, after the break before Broad took over.

Chase (24) and Holder (0) were bundled out in consecutive deliveries, the former lbw and the latter steering an outside edge to slip, to see Broad move level with Botham on 383 Test wickets. While Roach safely blocked out the hat-trick ball, Broad returned two overs later for his 384th - Dowrich comprehensively bowled. 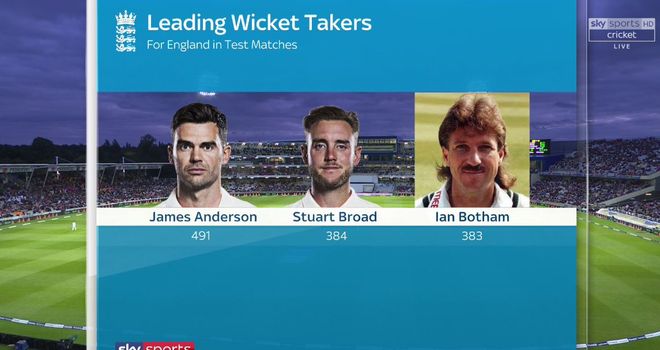 Anderson matched Broad's efforts by clean bowling Roach for 12 before England's emphatic first Test win in the three-match series was confirmed when Roland-Jones picked up Joseph (8) - Windies all out for 137 in 45.4 overs.

Live coverage of the second Test between England and Windies begins from 10am on Friday on Sky Sports Cricket, with over-by-over commentary and in-play clips on our live blog on Sky Sports digital platforms.