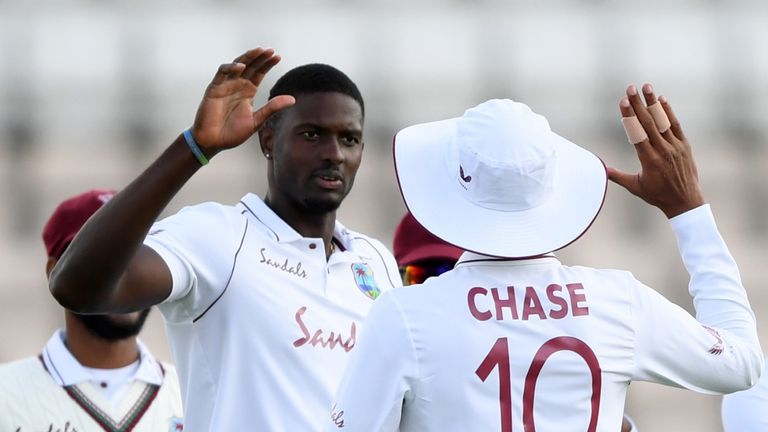 West Indies are slight favourites to win the first #raisethebat Test against England after a superb evening's showing on day four set up a tantalising fifth day at The Ageas Bowl.

However, the hosts lost 5-30 after Stokes had been ousted by opposition skipper Jason Holder for the second time in the match and ended proceedings leading by 170 with just two second-innings wickets intact.

England may well need Archer and Wood to hit early runs and then be at their very best with the ball on Sunday to avoid slipping 1-0 down in the three-match series, with an excellent day five now in prospect.

Crawley was unable to reach three figures in Tests for the first time, but may have won his shoot-out with Kent colleague Joe Denly for a spot in next week's second Test at Emirates Old Trafford, with Joe Root's impending return after missing the series opener to attend the birth of his second child seemingly leaving the two fighting for one spot.

Crawley's classy innings, which featured eight boundaries before he chipped back to Joseph in his follow through, could not be matched by Denly, who fell to spinner Roston Chase (2-71) for just 29. 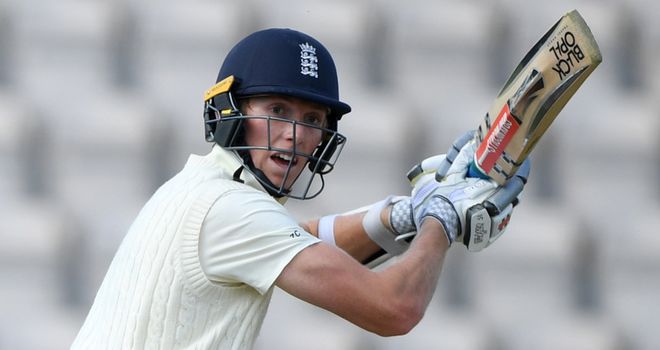 Dom Sibley (50), who bounced back from a first-innings duck, and Rory Burns (42) shared a 72-run stand after England resumed on Saturday on 15-0 - the duo combining all the way until 12 minutes to lunch when Burns slapped a short ball from Chase to backward point.

Sibley fell in a madcap over after the interval, shortly before England moved into the lead and just after he had completed his second fifty-plus score in Tests - a 161-ball half-century following his maiden hundred, against South Africa in Cape Town, in January.

The opener under-edged the ball after reaching fifty onto his stumps only to be reprieved with Gabriel having overstepped - but he failed to make the most of his let-off, snicking the same bowler down the leg-side to Windies wicketkeeper Shane Dowrich two deliveries later.

Sibley's dismissal brought Denly and Crawley together and the Kent pair dovetailed well, only for Denly to once again depart for double figures having done the hard work - the 34-year-old clipping an innocuous ball from Chase to Holder at short mid-wicket when well set. 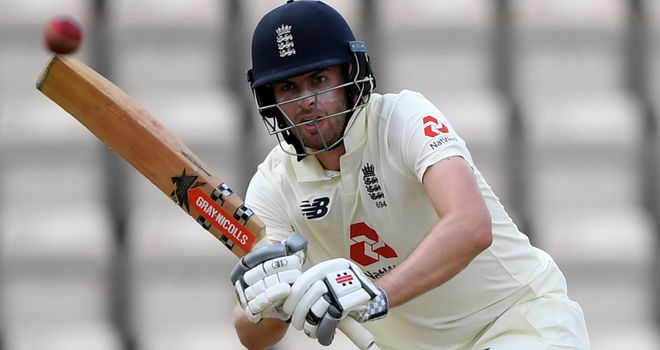 Crawley did not waste his good start, though, showing nifty footwork against Chase, crunching anything short, bringing up his second Test fifty from 80 balls with a reverse-sweep and then eclipsing his previous Test-best of 66, which he struck in South Africa in January.

Stand-in captain Stokes took 19 balls to get off the mark but then began to unfurl some delicious and powerful drives on a pitch that had started to flatten out a touch after some notable uneven bounce in the morning session, including when Sibley was clocked on the elbow by Holder.

Stokes, in particular, enjoyed the hardness of the second new ball but, as he approached fifty, he edged Holder to gully, where Shai Hope snaffled.

The impressive Joseph then caught and bowled Crawley before ending a jumpy knock from Buttler, one which featured two crisp boundaries and an overturned lbw dismissal against Holder, by bowling the wicketkeeper off an inside edge, leaving Buttler averaging 23.22 in Tests since the start of 2019.

Dowrich grassed Bess on one off Joseph, but the damage was minimal with Gabriel then castling the spinner before splattering Pope's stumps four balls later to keep West Indies in the ascendancy and England hoping for some assistance from the pitch on day five.

Watch day five of the first #raisethebat Test between England and West Indies live on Sky Sports Cricket from 10.30am on Sunday.