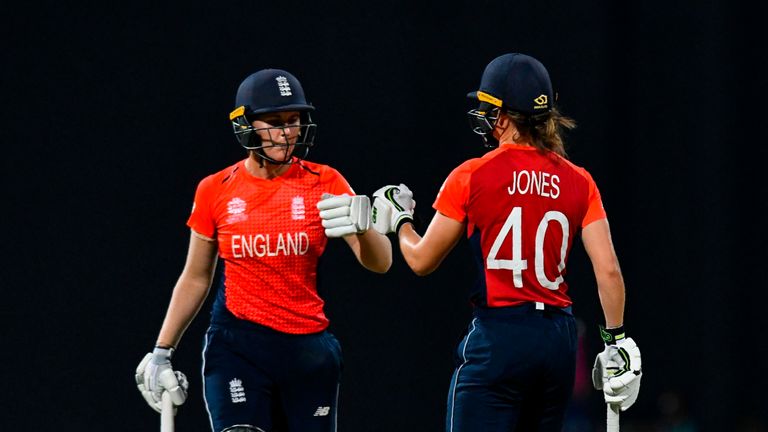 Nat Sciver and Amy Jones struck unbeaten fifties as England cruised to an eight-wicket win over India, setting up a clash against Australia in the Women's World T20 final.

Heather Knight picked up a superb 3-9 and Kirstie Gordon took 2-20 as Harmanpreet Kaur's side suffered an almighty collapse of 8-23 to be bowled out for 112 in 19.3 overs.

Smriti Mandhana got off to a flying start, making the most of being put down at cover by Sophie Ecclestone on 13, as she struck five fours and a six - but the England spinner atoned for her mistake by taking a simple return-catch to dismiss the Indian opener for 34. 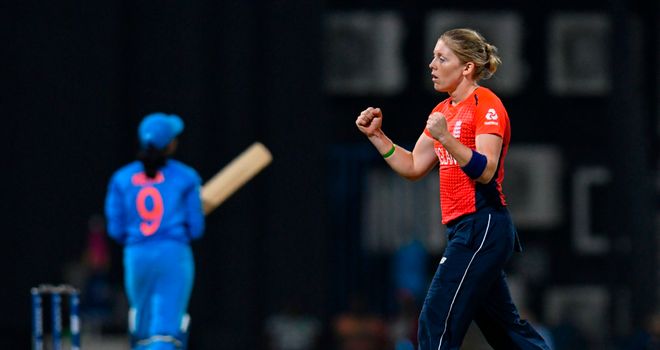 The rest of the batting line-up struggled to find the fluency that Mandhana had and although Jermimah Rodrigues (26) and Kaur (16) shared a 36-run third-wicket stand, India capitulated as they collapsed from 89-3 to 112 all out.

Brilliant fielding played a large part in creating the pressure that led to the collapse, with England pulling off three run outs, while captain Knight's brilliant spell saw her have Dayalan Hemalatha and Anuja Patil caught off consecutive balls.

At the halfway stage the run-chase seemed far from a formality with plenty of turn available, India's spinners having impressed throughout the duration of the tournament and England's top-order having failed to fire during the group stages.

And, India got a breakthrough after just nine balls as Beaumont picked out midwicket and fellow opener Wyatt also headed back to the pavilion soon after having slapped Deepti Sharma to deep midwicket. 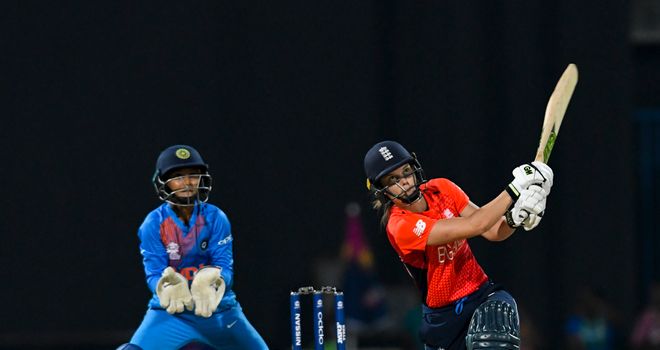 But, the turning point in the match then came when new batter Sciver was dropped at square leg on two by Poonam Yadav and the all-rounder produced a chance-less innings from then on, striking five fours in her 39-ball 52.

Jones too looked calmed at the crease, striking the first ball of the 18th over to the boundary to bring her first T20I fifty and seal a convincing win.

Australia's crushing 71-run victory over reigning champions Windies in their knockout match means England will have a chance to get revenge for their semi-final defeat against the Southern Stars in the previous World T20 in India two years ago.