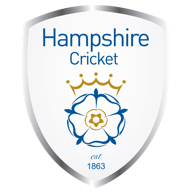 Check out the best bits of James Vince's 171 in Hampshire's One-Day Cup semi-final victory over Yorkshire in Southampton.

James Vince struck a superb 171 to propel Hampshire to a 107-run win over Yorkshire and into a Royal London One-Day Cup final against Kent.

The Hampshire skipper's second-highest List A score, only seven runs shy of the club-record 178 he plundered against Glamorgan last season, lifted the hosts to 348-9 from their 50 overs in Southampton.

Yorkshire, who defeated Essex in last week's play-off at Chelmsford to reach the semi-finals, could only muster 241 all out in reply - Jonathan Tattersall top-scoring with 89 - as Hampshire spinner Liam Dawson bagged 4-47 and left-arm seamer Chris Wood 3-46.

Vince will now lead his side into the Lord's final on Saturday June 30, live on Sky Sports Cricket, after his second hundred in as many One-Day Cup fixtures underpinned Hampshire's total in Monday's last-four clash.

The 27-year-old followed up his 109 against Somerset in Hampshire's final group game with a 126-ball innings of the highest quality - the right-hander sealing his eighth List A ton from 83 balls and then reaching 150 from 111 deliveries.

Vince shared a third-wicket partnership of 142 with former Kent captain Sam Northeast (58 off 56 balls) to help the home side to 290-4 after 42 overs, before Yorkshire fought back towards the death, with Vince caught excellently on the boundary by Tom Kohler-Cadmore.

Yorkshire made a stuttering start to their reply with Cheteshwar Pujara - who hotfooted it back to England following the two-day finish to last week's Test between India and Afghanistan - dismissed by Dale Steyn for a four-ball duck as the Tykes slipped to 15-2 inside five overs. 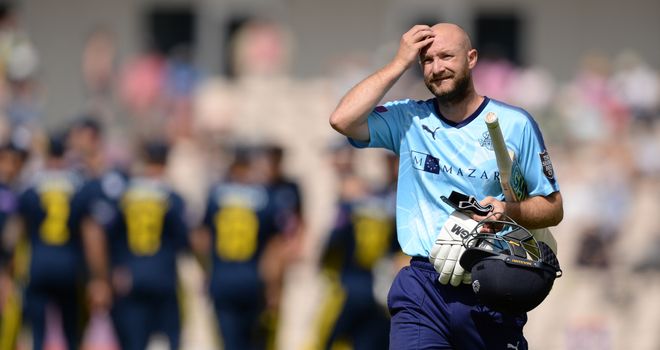 Gary Ballance (25) and Kohler-Cadmore (21) were then removed after making starts to leave Steve Patterson's visitors on 73-4 and despite Tattersall's second notable score in three fixtures - the 23-year-old also hitting an unbeaten 52 against Northamptonshire - Yorkshire fell a long way short.

Tattersall, who shared partnerships of exactly 50 runs with Jack Leaning (23), Tim Bresnan (26) and Matt Fisher (25) before being caught off Reece Topley at cover, hit six fours in his career-best innings.

The 23-year-old also saw one of his drives burst the hands of Rilee Rossouw and clatter the Hampshire fielder in the teeth - Rossow subsequently leaving the field for treatment. 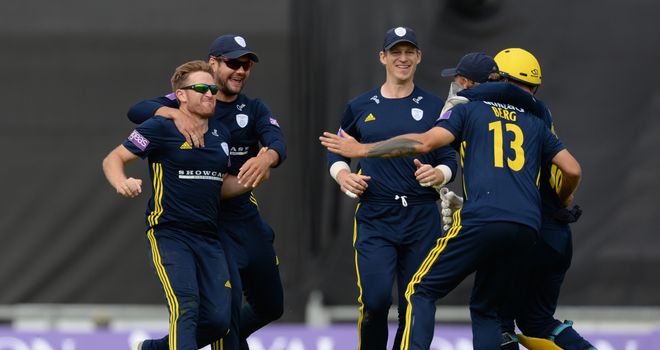 Liam Dawson (left) celebrates one of his four wickets

Vince was then fittingly involved in the match-winning wicket, catching Ben Coad off the bowling of Wood as Yorkshire were dismissed in 43.4 overs.

Watch the 2018 Royal London One-Day Cup final between Kent and Hampshire, at Lord's, live on Sky Sports Cricket and Main Event from 10.30am on Saturday, June 30. You will also be able to follow our live over-by-over blog on skysports.com and the Sky Sports app.