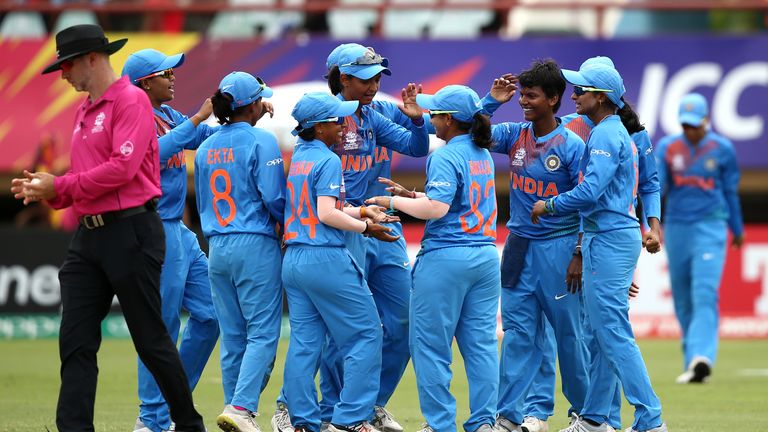 Australia, without opener Alyssa Healy - who suffered mild concussion following a collision in the first innings - crumbled in the face of the large chase as they were bowled out for 119, with Elysse Perry (39 not out) top-scoring.

Harmanpreet Kaur opted to bat first and, with Mithali Raj ruled out with a knee injury picked up in the win over Ireland, Taniya Bhatia lasted just seven balls at the top of the order before she was well caught at mid-wicket for two.

After a lean opening three matches, Mandhana finally released the shackles, striking nine fours and three sixes as she shared a 68-run third-wicket stand with Kaur (43).

The opener fell 17 runs short of her ton when she was caught off Megan Schutt but two balls later the Australian seamer and wicketkeeper Healy collided as the pair looked to go for a catch, with the latter forced off the field. 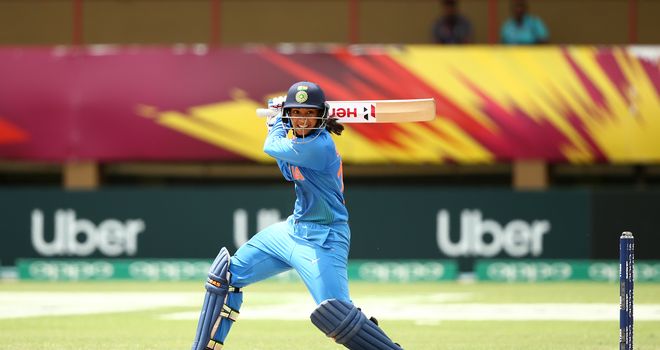 Smriti Mandhana has a previous T20I high score of 76

Perry (3-16) picked up two wickets in the final over of the innings as the three-time 20-over world champions pulled back the innings well, but still faced a daunting 168 to win.

Elyse Villani was promoted to the top of the order in the absence of the injured Healy and although she made a steady start with Beth Mooney (19), the pair fell off consecutive balls to Deepti Sharma.

Ashleigh Gardner (20) and Meg Lanning (10) shared a 29-run third-wicket stand and although Perry showed great resistance, finishing on 39 off 28, India's spinners were unstoppable as Anuja Patil (3-15), Radha Yadav (2-13) and Poonam Yadav (2-28) restricted Australia to 119 all out with two balls of their innings remaining - with Healy unable to bat. 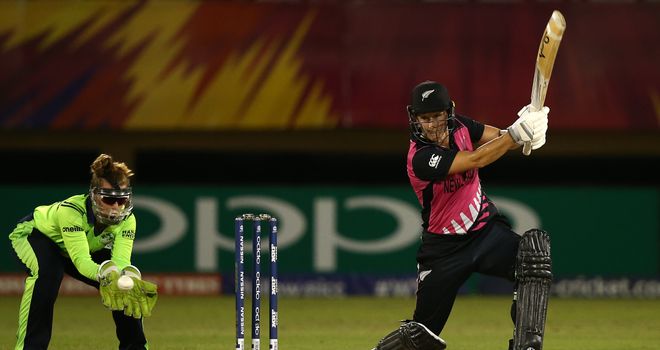 Sophie Devine scored her first half-century of the tournament

In Clare Shillington's final international match the Irish opener was bowled by Leigh Kasperek (3-19) for 12 as her side were restricted to only 79-9 in their 20 overs, Gaby Lewis top-scored with 39.

In response, Suzie Bates and Devine shared a 69-run first-wicket partnership before the former was caught well by Shillington at long-on off Eimear Richardson but the latter's free-flowing innings - which included seven fours and three maximums - led New Zealand to victory with 75 balls spare.

Watch England take on hosts and holders Windies in their final Group A match, live on Sky Sports Cricket from 7.30pm on Sunday.