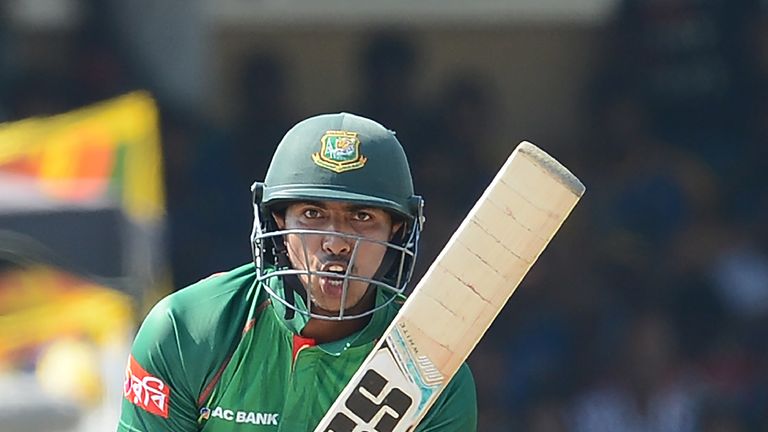 Bangladesh were set a revised target of 210 from 24 overs after the Windies' innings was ended at 152-1 due to the weather, ultimately winning with seven balls to spare.

Soumya Sarkar hit a third consecutive fifty for the series, smashing nine fours and three sixes in his 41-ball 66 to get the Tigers' chase off to a flier.

Shannon Gabriel (2-30) struck twice in an over to bring the West Indies back into the game, while Raymon Reifer (2-23) took the key wicket of Sarkar and also dismissed Mushfiqur Rahim (36 off 22) as Bangladesh slipped to 143-5.

With 68 runs required from the final eight overs, Mosaddek Hossain came in and blasted an unbeaten 52 off 24 balls, including five sixes - three struck in the 22nd over - to see Bangladesh to victory.

Bangladesh finish the Tri-series unbeaten, winning four of five games, with a washout against Ireland their only other result.