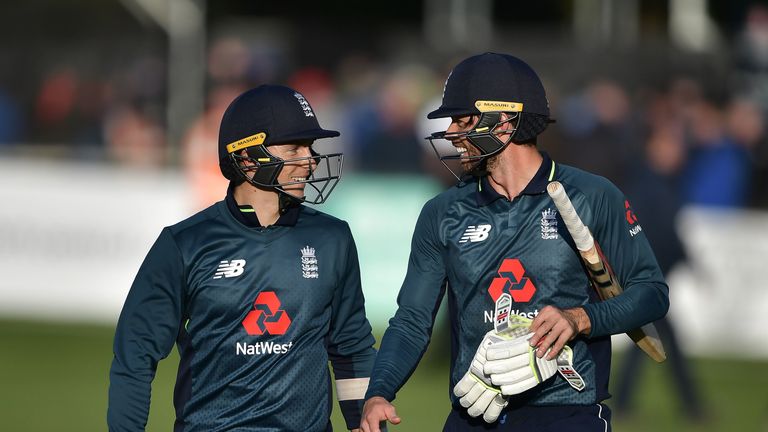 Ben Foakes struck an unbeaten 61 to spare England's blushes and help the No 1 ranked ODI side in the world avoid defeat to Ireland in Malahide on Friday.

Foakes' classy half-century on his ODI debut helped steady the innings, though Ireland will rue a missed opportunity to claim his wicket when on 37, opting not to review a big lbw appeal from Tim Murtagh that would have seen the wicketkeeper-batsman dismissed.

At that stage, England still required 62 runs to win, but Foakes and Tom Curran (47no) calmly ticked those off in the final 10 overs, their unbroken seventh-wicket stand moving on to 98 with the winning runs.

Earlier, Curran had helped to steal Jofra Archer's thunder on his much-anticipated international debut, sharing seven wickets with Liam Plunkett as England bowled Ireland out for 198. 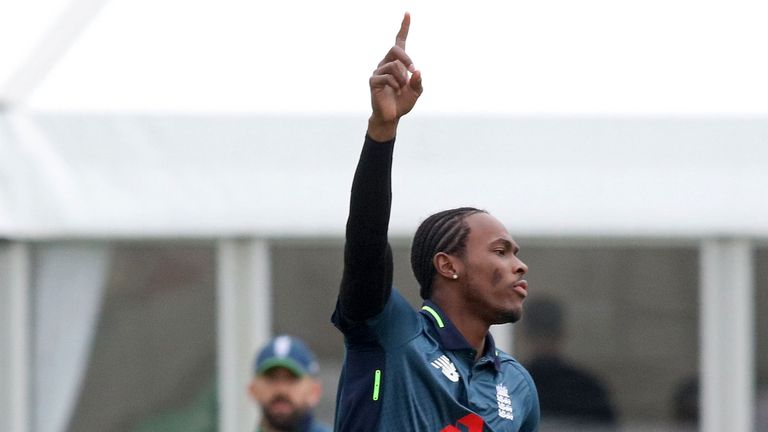 Archer did take his first international wicket - clean-bowling Mark Adair with a devastatingly quick yorker touching 90mph - but it was an otherwise subdued start to his England career, returning figures of 1-40 from his eight overs.

Archer hinted to his obvious potential that has made England so eager to give him a World Cup audition in this ODI and series against Pakistan, but the two bowlers whose place in the team he is said to be threatening did the bulk of the damage.

Plunkett took 4-35 from seven - including striking twice in two balls in the 41st over to see him on a hat-trick - while Curran claimed 3-35 in his 8.1 overs.

When play eventually got underway after a two-hour delay caused by a soggy outfield - the umpires expressing concern about the safety of one of the bowlers' run-ups - Archer was quickly into the fray in the second over, only to see his first delivery for England driven imperiously to the rope by Paul Stirling (33).

The fast bowler consistently threatened the 90mph barrier but beat the bat sparingly as Stirling and Will Porterfield (17) promisingly put on 55 in a little under 12 overs.

England's first breakthrough brought a clatter of wickets, in which Ireland lost four for 22 - Archer played a hand in the first, taking a terrific diving catch when Stirling miscued Curran to him at mid-on. 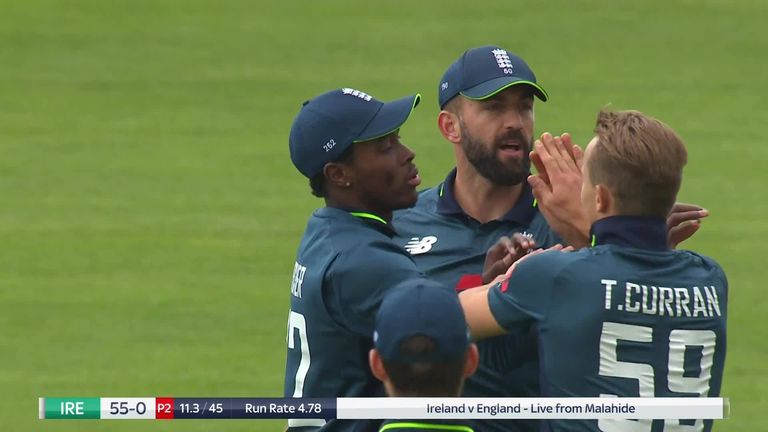 Porterfield followed five runs later, gloving behind a legside delivery from Plunkett, who bagged a second soon after when Lorcan Tucker (7) mishit an attempted drive into the covers. Kevin O'Brien - having pummelled his first ball for four - went without further addition, falling to an athletic catch by Joe Denly at backward point off Curran.

Andy Balbirnie (29) impressed, against the spinners in particular, though soon after Gary Wilson (8) pushed an Adil Rashid googly to Joe Root at slip, he fell to a masterful bit of glovework from Foakes - stumped as the Surrey keeper waited and waited for him to raise his back foot before swiftly swiping the bails off. 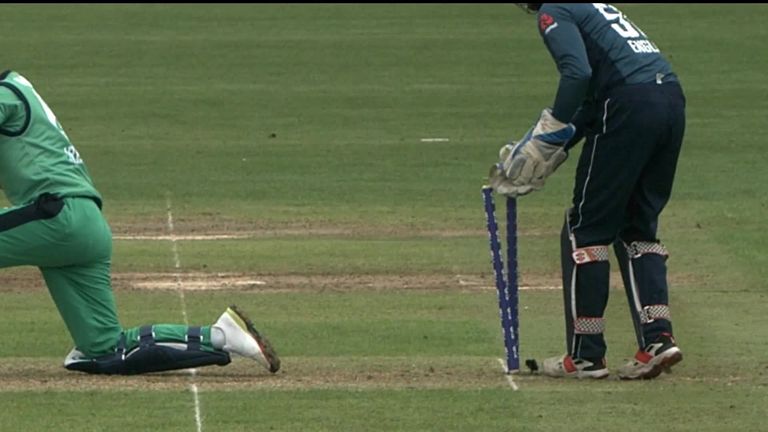 Adair (32) - one of three debutants for Ireland, along with Tucker and Little - briefly got the home crowd excited, smashing two sixes over deep midwicket off one Curran over, but the fireworks were cut short when Archer cleaned him up to claim his maiden international strike.

Ireland then limped along and up towards 200, before Plunkett's double-strike in the 41st and a final wicket for Curran - Little chopping onto his stumps - ended the innings.

In reply, after a cautious start from James Vince (18) and Dawid Malan (24) - the third of England's debutants - England lost three wickets for 12 runs, starting with a stunning diving grab by George Dockrell at midwicket to dismiss Vince.

Murtagh (1-29) then trapped Root (7) lbw, while Little did for Eoin Morgan with a vicious bouncer third ball that the England captain could only glove behind - out for a duck on his return to Ireland.

Malan and Denly (8) fell an over apart of each other to really see the visitors in trouble, with Malan flashing an edge behind and Denly then dismissed in a similar manner to Vince, though with O'Brien taking a sharp catch this time.

David Willey (20) and Foakes built a little partnership together before he became Little's fourth victim, with England still 98 runs shy of their target. But, Foakes' fine debut continued and he and county team-mate Curran saw the visiting side home with three overs to spare.