Chennai Super Kings faded from 90-1 at the halfway stage to finish 157-5 in their chase of 168 to hand Kolkata Knight Riders victory in Abu Dhabi.

Having bowled KKR out for 167 from the last ball of their 20 overs, CSK started well and were superbly placed to overhaul that total after 10 overs of their innings.

However, they were unable to maintain that momentum when faced with some clever KKR bowling and ended up falling 10 runs short.

Sam Curran impressed again for Chennai though, the all-rounder took 2-26 from his four overs, including the wicket of his international skipper Eoin Morgan, and it was only when the England all-rounder fell to Andre Russell for a a quickfire 17 that the game got away from MS Dhoni's side. 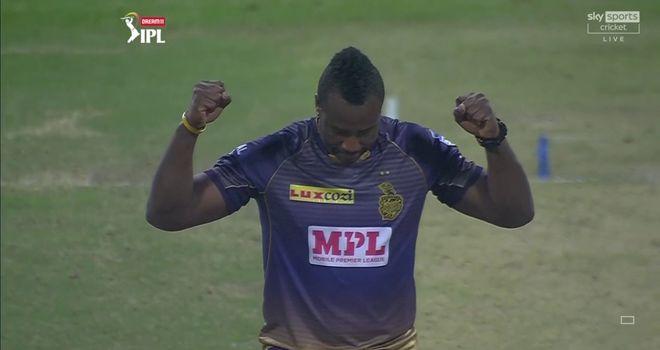 Kolkata's victory was built a fine innings from Rahul Tripathi, who made 81 from 51 balls, with eight fours and three sixes, after being promoted to open the batting.

His was the only score of note for the Knight Riders as they lost wickets at regular intervals. Sunil Narine, who had been struggling at the top of the order was bumped down to four and was joint second-top scorer with 17 before an incredible piece of fielding for Ravindra Jadeja led to his dismissal.

Narine launched Karn Sharma (2-25) towards cow corner, Jadeja sprinted round from deep midwicket and took an incredible diving catch but sliding towards the boundary rope at pace. Without missing a beat though, Jadeja calmly tossed the ball to Faf du Plessis, who was coming across from long on and completed the catch.

Curran, who bounced out Morgan (7) in the 14th over, and Dwayne Bravo (3-37) kept the runs down at the death with the West Indian all-rounder taking his 150th IPL wicket in the final over after another superb catch. This time it was Dhoni behind the stumps.

The former India captain had already removed one glove, so as to be ready to try and throw down the stumps prevent KKR stealing a single, when Shivam Mavi edged behind. Dhoni dived to his right, got his ungloved hand to it and took the catch at the second attempt.

CSK could be happy with their fightback with the ball and even happier with their start to the reply, racing to 30 without loss inside four overs before Du Plessis edged behind off Mavi.

Shane Watson and Ambati Rayudu soon helped Chennai move past that as they put on 69 for the second wicket. Even before the stand was broken though, there were signs of the issues that would trouble CSK with no boundaries and just nine runs scored in the two overs before Rayudu's wicket. 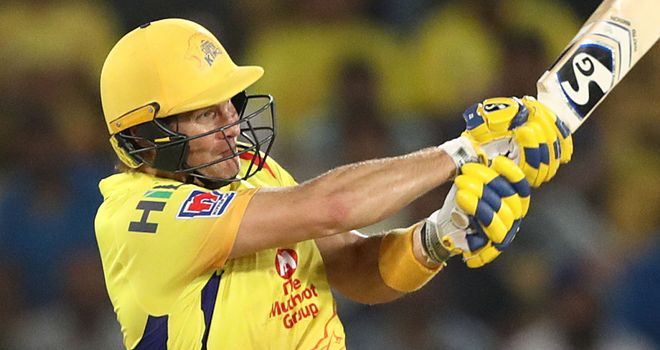 Watson went to 50 from 39 balls at the end of that over but was lbw to Narine to the first ball of the next, his review proving unsuccessful.

Curran joined Dhoni and even after another couple of quiet overs, Chennai appeared in control, especially when the 16th went for 14 runs as the England left-hander thumped Narine for a six over long off and backed it up with four over extra cover.

Dhoni was bowled by Varun Chakravarthy in the next though and when Curran was caught by Morgan off Russell (1-18) four balls later, Chennai were all-but beaten. Jadeja's (21no from eight balls) last over flurry made the margin of defeat more respectable but could not prevent a fourth defeat in six for CSK.