Coverage of the IPL continues with Kings XI Punjab vs Royal Challengers Bangalore on Sky Sports Cricket from 2.50pm on Wednesday. 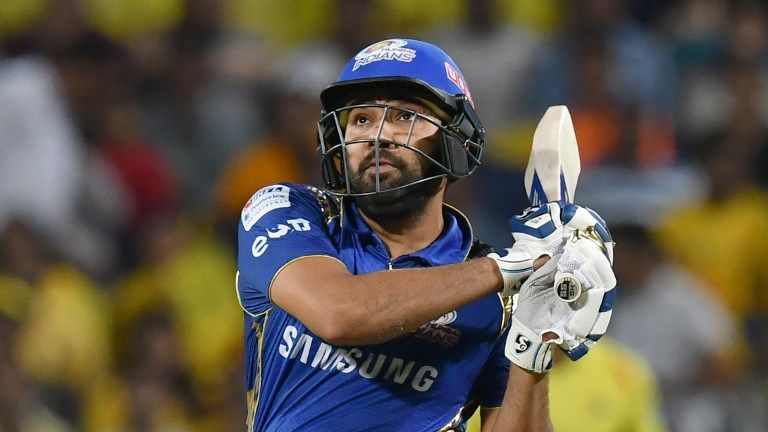 Captain Rohit Sharma smashed 80 off 54 balls as IPL champions Mumbai Indians got off the mark in this year’s tournament, beating Kolkata Knight Riders by 49 runs.

The Mumbai opener struck six sixes and three fours - becoming only the second Indian player after MS Dhoni to pass 200 maximums in IPL history as his side posted 195-5.

That proved too many for the Knight Riders, whose innings never really got going and were restricted to 146-9 in reply as Mumbai bounced back from their opening-day defeat to Chennai Super Kings. The champions, who were put in after losing the toss, suffered a setback in the second over when Quinton de Kock (1) holed out after miscuing his drive off Shivam Mavi (2-32).

But Rohit and Suryakumar Yadav soon got the Mumbai innings up and running with their partnership of 90 from 57 balls - with Pat Cummins, the IPL's most expensive import at more than $3m, taking some punishment.

The Australian paceman's first delivery was a wide and he was then hammered over midwicket for two sixes by Rohit - eventually sending down only three overs, which cost him 49. Pat Cummins endured a difficult debut for KKR, with his three overs going for 49

Suryakumar (47 from 28) also played with freedom until spinners Sunil Narine (1-22) and Kuldeep Yadav (0-39) began to get a grip, slowing the scoring rate during the middle overs.

A sharp piece of fielding by Eoin Morgan finally accounted for Suryakumar, run out attempting a second off Narine, but Saurabh Tiwary (21) and Hardik Pandya (18) both maintained Mumbai's momentum.

Rohit missed out on a century, steering Mavi's low full toss straight to Cummins at long on, while Pandya departed in bizarre fashion, dislodging the bails as he tried to run Andre Russell to third man.

Mumbai's opening bowlers, Trent Boult (2-30) and James Pattinson (2-35), kept it tight in the powerplay, dismissing both openers with just 25 on the board to increase the pressure on KKR.

The Knight Riders were unable to build meaningful partnerships, with their highest stand only 46 for the third wicket between captain Dinesh Karthik (30) and Nitish Rana (24). 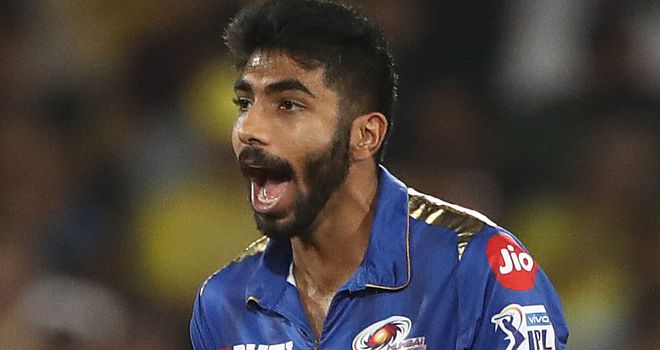 They still had hope with Morgan and Russell at the crease together - but Jasprit Bumrah (2-32) ended that by removing the experienced duo in the space of four deliveries.

Mumbai were held up by Cummins - who made up for his disappointing bowling display by bludgeoning four sixes in 33 off 12 balls before spinner Rahul Chahar (2-26) closed out the game.

Coverage of the IPL continues with Kings XI Punjab vs Royal Challengers Bangalore on Sky Sports Cricket from 2.50pm on Wednesday.