New Zealand win by an innings and 49 runs

Boult removes England skipper with last ball of the day

Trent Boult dismissed Joe Root with what proved to be the final ball of the day as New Zealand closed in on victory over England in the first Test.

After Root (51) gloved a fierce delivery, angled into his body, down the legside, England will begin day five on 132-3, still trailing by 237 and realistically needing to bat throughout day if they are to escape with a draw at Eden Park.

Henry Nicholls had earlier scored a career-best 145 not out as New Zealand racked up 427-8, giving them a first innings lead of 369, before declaring and, having removed both England openers as well as the captain, the hosts are in a strong position to seal the win on the final day.

Despite finding some swing for the first time in the game early in the day, England's bowlers were made to work and it took a rare loose shot from BJ Watling (31) for Stuart Broad to make the breakthrough. 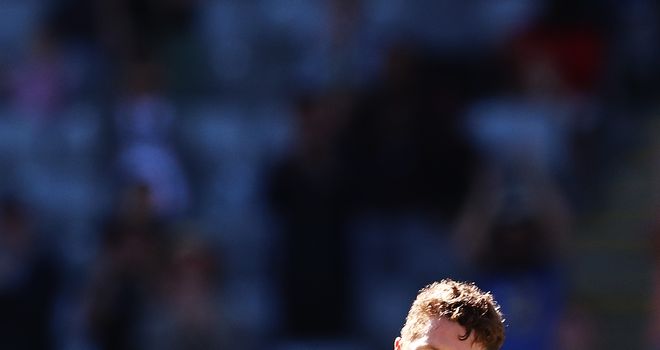 There were no such lapses from Nicholls though as he eased his way towards a second Test century.

New Zealand had lost Colin de Grandhomme (29) and Todd Astle (18) to Craig Overton and Broad, respectively, by the time he got there, but a partnership of 72 with Tim Southee stretched the Black Caps' lead beyond 350.

Root caught Southee (25) off his own bowling to break the stand and the declaration came at the end of the following over.

There were signs of nerves as England began their second innings and they lost Alastair Cook (2) in just the third over, tickling a very full, wayward delivery from Boult down the legside to Watling. 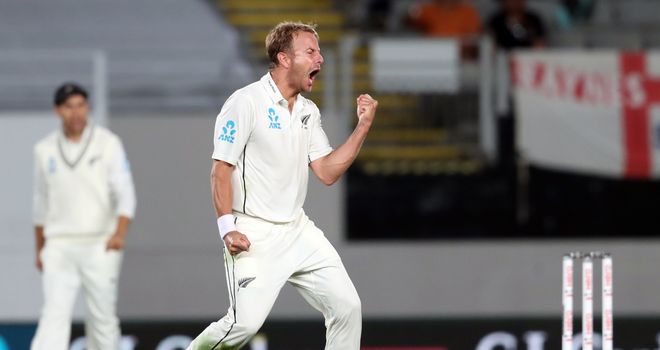 Neil Wagner got rid of Mark Stoneman with a bouncer

Mark Stoneman and Root gradually acclimatised to the conditions and made sure there would be no repeat of the first innings capitulation, batting with confidence either side of the dinner break.

However, a rush of blood from Stoneman (55), the ball after going past 50 with a top-edged hook for six, saw him pick out Boult at long leg as he tried to pull another Neil Wagner bumper.

Root and Dawid Malan took England into the closing stage, the captain reaching his half-century from 121 balls before taking a nasty blow to the hand from Boult with just minutes left in the day. Root received treatment before facing up to what would have been the final two balls of the day. He lasted just one, the same hand that was hit previous delivery gloving down leg where Watling took the catch above his head to leave New Zealand seven wickets from victory.

Watch day five of the first Test between New Zealand and England from 1am, Monday on Sky Sports Cricket.