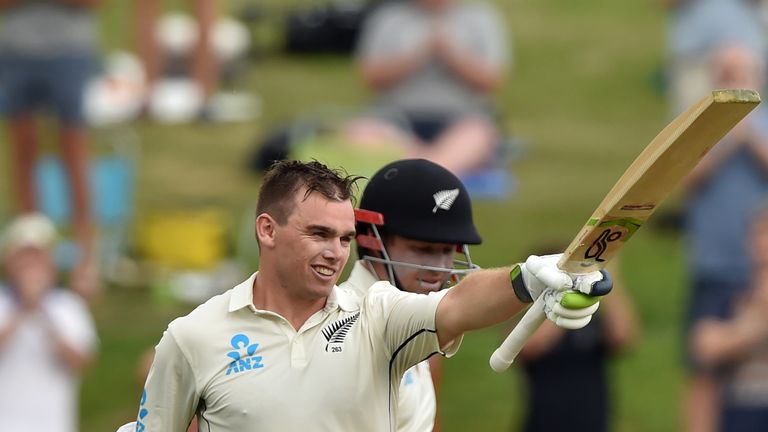 Tom Latham punished Ben Stokes for dropping him on 66 by completing his 11th Test ton and ensuring New Zealand bossed a rain-shortened day one of the second and final Test against England in Hamilton.

Latham was spilled by a diving Stokes at slip having successfully overturned an lbw dismissal against the recalled Chris Woakes on 49 as he steered the Black Caps - 1-0 up in the series after their innings win at Mount Maunganui in the first Test - to 173-3 from 54.3 overs before rain ended play prematurely. 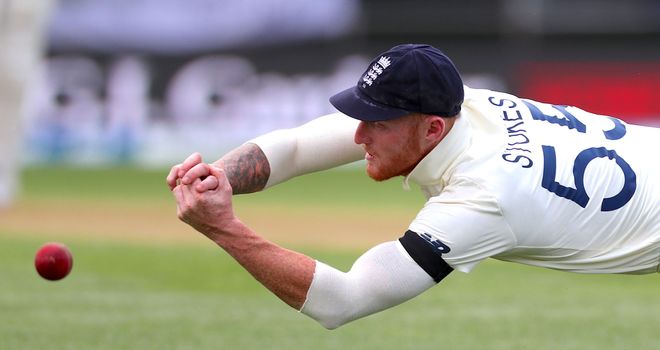 England, who inserted New Zealand after winning the toss, packed their side with five seam bowlers - much to Sky Cricket expert Mark Butcher's consternation - as Woakes played in place of spinner Jack Leach, while Ollie Pope deputised as wicketkeeper for the injured Jos Buttler.

Woakes dismissed Kiwi captain Kane Williamson (4) and Ross Taylor (53) but Latham's fifth century in his last 10 Test innings had his side in control before the weather intervened.

Stokes - limited to two overs with the ball, seemingly by an injury to his left knee - dropped BJ Watling on 31 in the first Test before the New Zealand wicketkeeper went on to score 205 and his grassing of Latham off Jofra Archer could also prove costly. 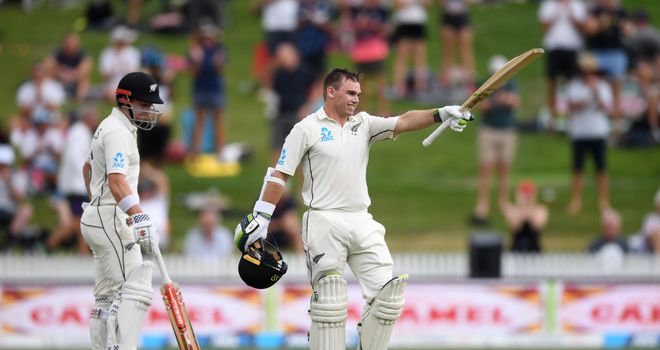 Latham has scored five hundreds in his last 10 innings

Latham, the edge off Archer aside, played beautifully as he moved into 10th spot on the list of all-time Test-run scorers for New Zealand, going past Bevan Congdon's tally of 3,448.

The left-hander, who scored principally through the on-side, showed impeccable poise at the crease and struck 15 boundaries, the final one of which, off Root, sealed a 159-ball ton on the stroke of tea.

Latham shared a 116-run stand for the third wicket with Taylor after Jeet Raval (5) and Williamson had been caught at slip by Root - Stuart Broad the man to oust Raval - to leave the Kiwis 39-2. 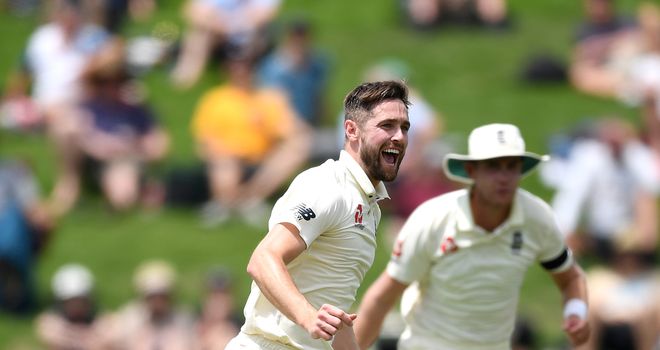 Latham and Taylor's salvo could have ended at 55 but Taylor, on 25 at the time, successfully reviewed an lbw dismissal off Broad with Snicko suggesting he inside-edged the ball before it thudded into his pad.

However, the spike came after the ball had passed the bat, with some of the commentators believing the noise had come from Taylor's foot scratching along the ground.

Taylor subsequently completed his 32nd Test fifty from 99 deliveries but then slashed Woakes to slip next ball as Root pouched his third catch of the day in the cordon. 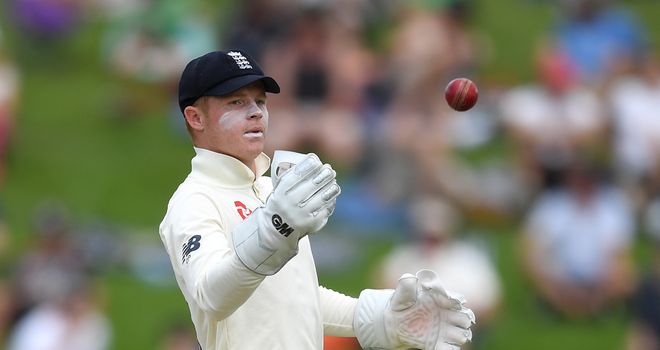 Ollie Pope is deputising as wicketkeeper for the injured Jos Buttler

Pope has not been involved in a wicket as yet but has looked composed in just his sixth first-class appearance behind the stumps.

Stokes' drop, though, left England on the back foot when the expected rain arrived three balls into the evening session, with Henry Nicholls (5no) alongside Latham at the crease.

England earlier handed a debut to Zak Crawley, with the Kent star, an opener at county level, slotting in at No 6 - one spot above Pope, who dropped to No 7 due to also keeping wicket.

Root's decision to bowl first means Crawley must wait for his first international innings but the 21-year-old did have an unwanted intervention in the field when his wild shy at the stumps flew for overthrows on another frustrating day for England.

Watch day two of the second Test between New Zealand and England live on Sky Sports Cricket from 9pm.