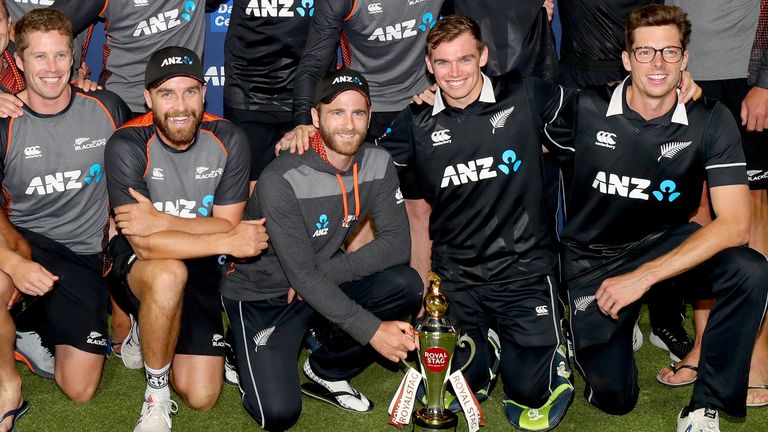 But with the required rate increasing, de Grandhomme cracked a 21-ball half-century and ended unbeaten on 58 from 28 balls, having hit six fours and three sixes.

New Zealand wrapped up a five-wicket win with 17 balls to spare to earn revenge for being swept 5-0 in the preceding T20I series, when two of their defeats came after Super Overs.

New Zealand and India will now meet in a two-Test series, starting in Wellington from February 20 and concluding in Christchurch from February 28, with both matches live on Sky Sports Cricket.