Pakistan win by an innings and 44 runs 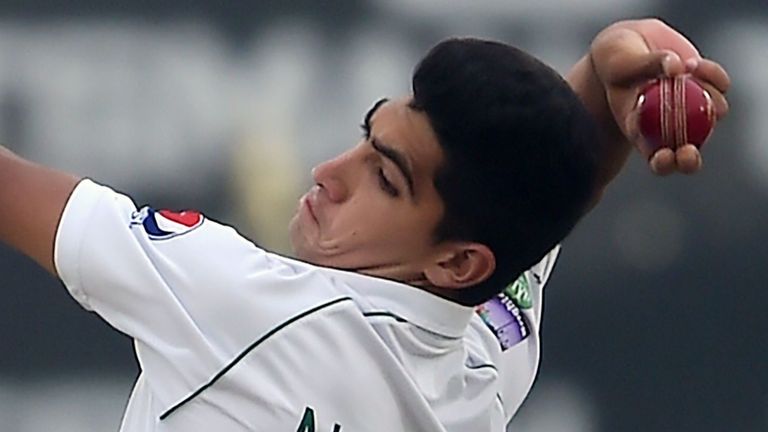 Pakistan fast bowler Naseem Shah became the youngest player to claim a Test hat-trick after ripping through Bangladesh on day three of the first Test in Rawalpindi.

Naseem, who turns 17 next week, removed Najmul Hossain, Taijul Islam and Mahmudullah before Bangladesh finished day three of the opening Test on a precarious 126-6 and staring at an innings defeat.

Naseem (4-26) had Najmul out lbw on review and also pinned Taijul leg before Mahmudullah edged the next ball to slip as the quick became the fourth Pakistani to claim a Test hat-trick after Wasim Akram (twice), Abdul Razzaq and Mohammad Sami.

Pakistan were dismissed for 445 earlier in the day as they carved out a first-innings lead of 212 and are still 86 runs ahead after Bangladesh tumbled from 124-2 amid Naseem's hat-trick.

Bangladesh captain Mominul Haq (37) and Litos Das, who was yet to score, will resume on Monday as the Tigers look to make Pakistan bat again.