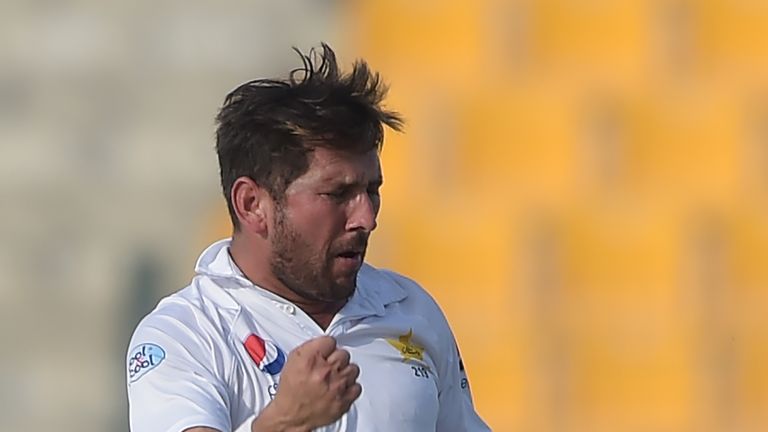 Yasir Shah took three wickets as New Zealand were bowled out in 66.3 overs

Pakistan bossed day one of the first Test against New Zealand in Abu Dhabi after skittling the Black Caps for 153.

The visitors recovered from 39-3 to 111-3 as Williamson and Henry Nicholls (28) put on 72 for the fourth wicket but Nicholls' exit triggered a collapse of seven wickets for 42 runs.

Williamson - who elected to bat - was caught off Hasan gloving down the leg side as New Zealand subsided to the lowest-ever total in the first innings of a Test in Abu Dhabi - Sri Lanka having held the previous record with 197.

Pakistan then lost both openers, Imam-ul-Haq (6) and Mohammad Hafeez (20), with the score on 27, Williamson claiming catches at gully and short midwicket respectively.