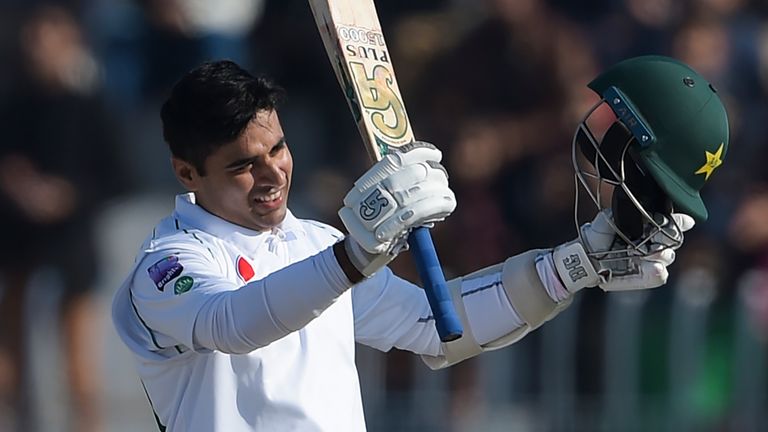 Abid Ali became the first player to score hundreds on both his ODI and Test debuts as the first Test between Pakistan and Sri Lanka ended in a draw.

Having made 112 against Australia in his first ODI in March, Abid wrote his name into the history books with an unbeaten 109 as three batsmen scored hundreds on day five in Rawalpindi. 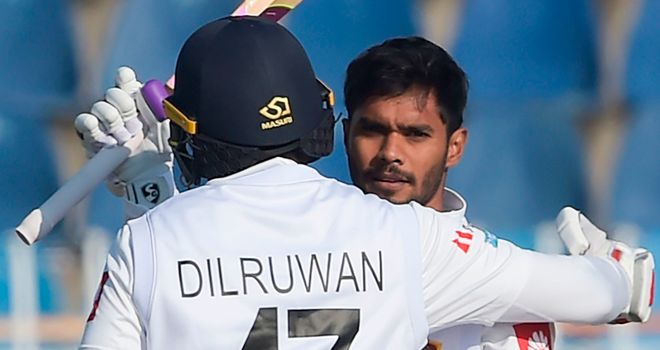 Sri Lanka's Dhananjaya de Silva had the honour of becoming the first player to score a Test century in Pakistan since 2009, making 102 not out before the tourists declared on 308-6 with a draw all-but guaranteed after rain wiped out the majority of days three and four.

Abid then went on to make his maiden hundred and Babar Azam (102no) followed suit to reach his third Test century as the pair shared an unbroken 162-run stand before hands were shaken on a draw.

Sri Lanka had started the day on 282-6 and batted for just 5.1 overs prior to the declaration, giving Dhanajaya, who resumed on 87, time to reach his fifth Test ton.

Pakistan then lost opener Shan Masood for a duck when he hit a full toss from Kasun Rajitha straight to mid off. Captain Azhar Ali (36) joined Abid and they put on 87 for the second wicket before Lahiru Kumara made the breakthrough.

Abid batted calmly through to his record-breaking hundred, hitting 11 boundaries along the way, while Babar took a more adventurous approach to ensure he got to three figures before the inevitable draw was made official.

The teams now head to Karachi for the second Test, which starts on Thursday, with the series still up for grabs.