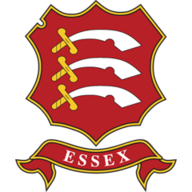 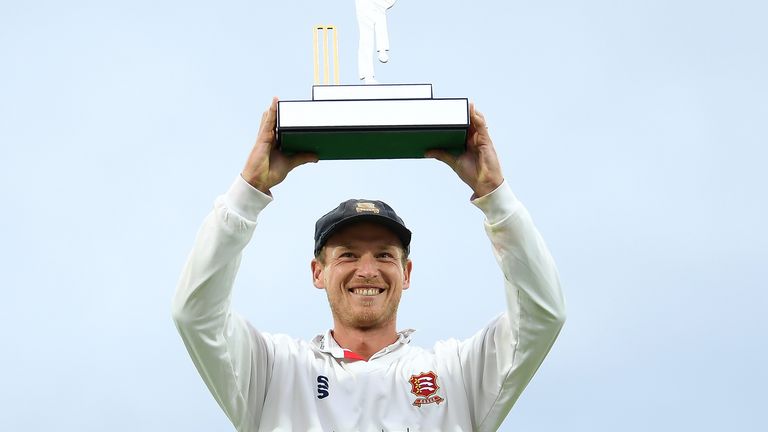 Essex reasserted their status as English cricket's red-ball standard bearers by claiming the inaugural Bob Willis Trophy after a five-day draw against Somerset was settled on first-innings runs at Lord's.

The Chelmsford side are the reigning county champions, having also taken the honour in 2017, and now have a third title in four years after doing just enough to edge what could be the first in a new tradition of first-class season deciders.

Somerset declared early in the morning to leave their opponents a target of 237 while giving themselves 80 overs to claim all 10 wickets. 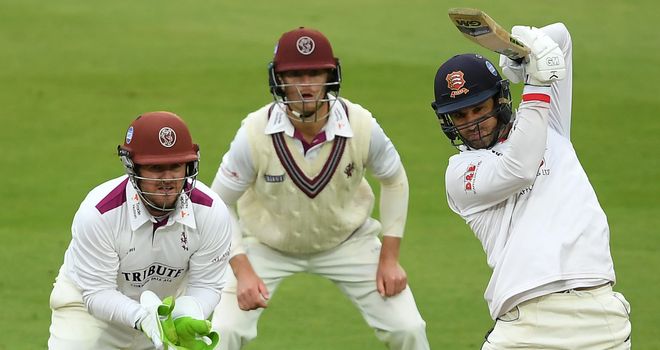 In the end neither side were able to do enough for an outright win - Essex finishing on 179-6 after a 27-over stand between Ryan Ten Doeschate (46) and Adam Wheater (14no) killed off their opponents' hopes.

Essex knew they held an ace up their sleeve in the form of their 36-run lead from the first half of the game that effectively acted as a tie-breaker.

With that in mind the key performance over the past week belonged to Sir Alastair Cook, whose magnificent 172 on day three almost single-handedly allowed Essex to overhaul Somerset's 301.

While there was no long-awaited first-class triumph for the Taunton outfit - that drought goes on - they will leave St John's Wood having seen young batsmen Tom Lammonby and Eddie Byrom make fine centuries, and Lewis Gregory finished with a remarkable match haul of 8-124.

Gregory briefly gave Somerset hope that they might pull something special off when he had Cook caught behind for 31 in the afternoon to leave Essex 68-3 - a decision which left the former England captain aghast - but it was not to be.

Jack Leach took three wickets, his first in competitive cricket since his last Test cap for England 10 months ago, and Craig Overton bowled aggressively without much reward as the trail ran cold.

Somerset started the day on 227-7 and put on another 45 in 8.1 overs before declaring and setting up the match.

By lunch they had made a couple of inroads, Nick Browne well held at third slip off Gregory's second ball and captain Tom Westley lbw to Overton for a six-ball duck, to leave Essex 61-2, but while Cook remained in place Essex's chances were boosted. 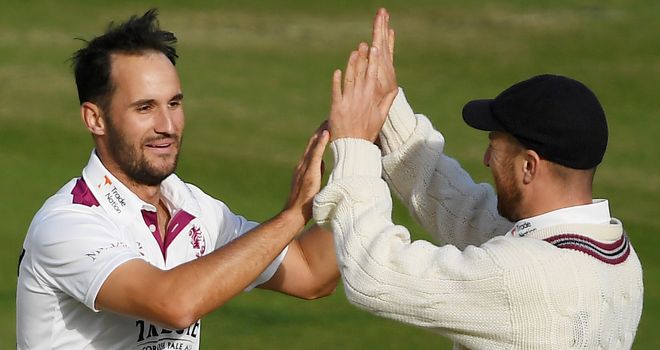 Lewis Gregory took eight wickets in the match for Somerset

He got off the mark with a straight four down the ground but came through a tricky period in the teens when Gregory and Overton came hard at him, appealing loudly for a pair of lbws and beating him a couple of times outside off.

Cook was still able to punish the loose balls and his dismissal shortly after the break was a big moment. Gregory beat him on the outside edge immediately before sending another one straight into Steve Davies' gloves while the distinguished left-hander prodded outside off.

This time bowler and wicketkeeper both erupted in celebration as they won a decision that Cook was slightly late to detect and slightly loath to accept. He leant on his bat with crossed legs for a second or two before grudgingly walking away.

Somerset continued to believe when Leach made it 98-4, Dan Lawrence lbw to a full one for 35.

Having spent most of the last 10 months injured, ill or an unused member of the England Test 'bubble' this was a welcome moment of release. He had another when Paul Walter fell leg-before for 21.

Essex had by now given up chasing the runs, leaving Ten Doeschate and Wheater to chew through 217 deliveries together before Leach dismissed the former just short of his half-century in the penultimate over for a final act of resistance.

Essex celebrate on the balcony at Lord's

Essex captain Tom Westley: "It's hard to put into words how chuffed I am for the boys. It's been a challenging year and at one stage we weren't sure if we'd get any cricket in at all. My first year as captain has been nerve-wracking - I was a train wreck today - but it's a wonderful feeling. I'm incredibly proud.

"The captaincy side of things during the Covid lockdown was hard, I was just getting round the guys as frequently as I could, making sure they were alright. So to now having played a tournament and won it, it's the other end of the spectrum.

"We didn't know if this would be a one-off tournament, a one-off final, so it's extra special knowing it may never happen like this again. We were thinking how special it would be to be the only club in history to win the Bob Willis Trophy in a five-day final at Lord's." 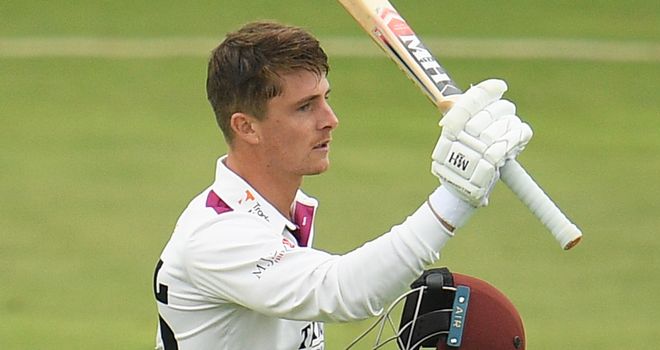 Somerset skipper Tom Abell: "Obviously the overwhelming emotion is disappointment and that emotion is still very raw. We experienced coming second to Essex last season and we were desperate for that not to be the case again.

"It adds fuel to the fire but the fire is already burning pretty deep within everyone. Going into this last day we felt we had a great chance of winning the game. These are two evenly matched sides.

"The way we've been bowling this year we felt we could have had a good crack at 10 wickets, we just ran out of time. We didn't feel like we got outplayed but we just came up short." 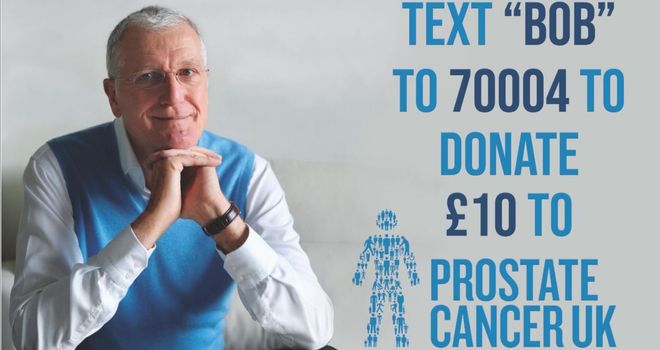 All proceeds from the book 'Bob Willis: A Cricketer and a Gentleman' will go towards funding cancer research

As part of the final, which comes nine months after Bob Willis died from Prostate Cancer, the cricket network has joined forces with Prostate Cancer UK to raise awareness and support for the charity and the significant work it does.

Prostate cancer will affect one in eight men in the UK at some point in their lives, with that statistic rising to one in four for black men. It is now the most commonly-diagnosed cancer in the UK - with men aged over 45 in the 'most at-risk category' - to reinforce the need for action. Fans can donate £10 to Prostate Cancer UK by texting BOB to 70004.

This month, Prostate Cancer UK launched a new online risk checker, when men and their families can find out if they are at increased risk of the disease and what steps they can take. The checker is on the Prostate Cancer UK website: www.prostatecanceruk.org