Watch the second T20I between South Africa and Australia at Port Elizabeth, live on Sky Sports Cricket from 12.30pm on Sunday (red button) 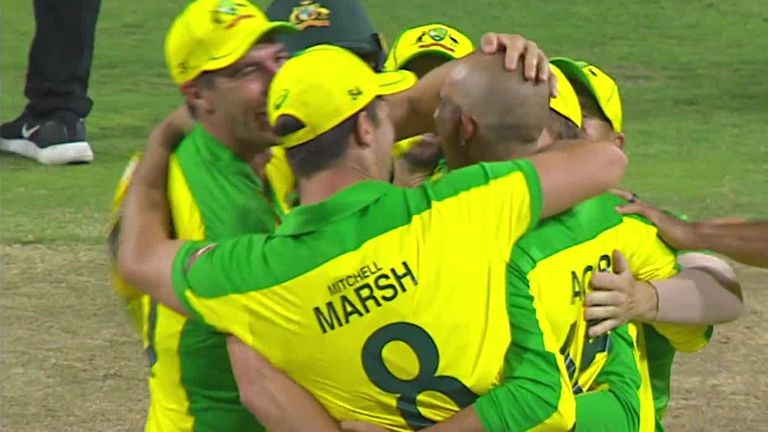 Ashton Agar became only the second Australian to take a T20 international hat-trick as his side humbled South Africa by 107 runs in the first of their three-match series in Johannesburg.

The left-arm spinner removed Faf du Plessis, Andile Phehlukwayo and Dale Steyn in consecutive deliveries to finish with career-best figures of 5-24 as the Proteas crumbled to 89 all out - their lowest ever T20I total.

Agar's achievement was just the 13th international T20I hat-trick - with Brett Lee, against Bangladesh at the 2007 World Cup, the only other Australian to register that feat.

The victory also marked the first appearance in South Africa for former Australia captain Steve Smith since the 2018 ball-tampering scandal, which saw him lose the captaincy and serve a year's ban, along with team-mate David Warner.

The 30-year-old top-scored with 45 from 32 balls to set up Australia's total of 196-6 - and that proved more than enough as they bowled out their hosts with more than five overs to spare.

Warner's innings lasted only two deliveries after Australia were put in to bat - he dispatched the first to the boundary but was then surprised by a short ball from Dale Steyn that climbed and took a top edge into the hands of fine leg.

However, Steyn (2-31) spurned an opportunity to remove Smith without scoring, losing the ball in the floodlights when the batsman carved Lungi Ngidi towards him at backward point. Smith survived another close call, edging Andile Phehlukwayo's off cutter just past his leg stump, but he and Aaron Finch (42 off 27) propelled Australia into a strong position by adding 80 from eight overs.

Former Proteas skipper Du Plessis took the first of two steepling catches to remove Finch, but the innings appeared to be stalling at 117-4 when Matthew Wade (18) and Smith both departed in the space of three balls.

Smith was stumped down the leg side off a wide from Tabraiz Shamsi - one of 12 delivered by South Africa's bowlers - and that, coupled with some untidy fielding, enabled the tourists to recover.

Alex Carey (27), Mitchell Marsh (19) and Agar (20 not out) oversaw the rebuilding job and took their side close to 200, with Kagiso Rabada going for 18 in the final over. 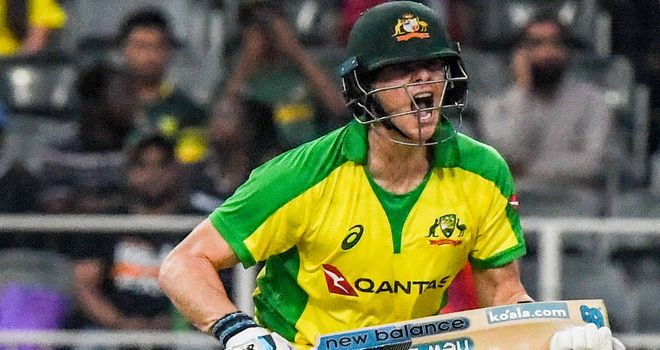 South Africa suffered an immediate blow at the start of the run chase, with Mitchell Starc's third ball swinging away to knock back the middle stump of Quinton de Kock (2).

The home side never got going, with Rassie van der Dussen (6) and Jon-Jon Smuts (7) both perishing to short balls from Pat Cummins (2-13) before Agar took centre stage.

Du Plessis (24) holed out to the cover boundary, with the spinner's next ball pinning Phehlukwayo leg before and Steyn nudging his first delivery into the hands of Finch at slip. 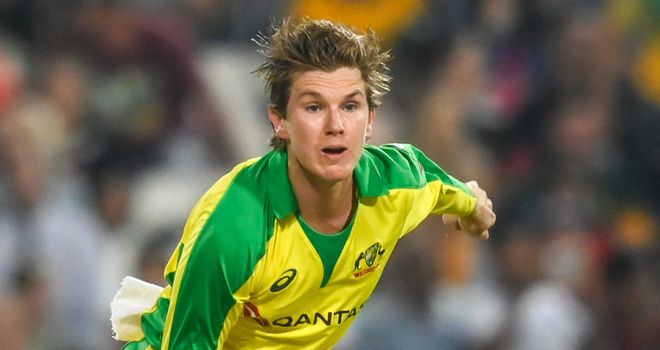 Incredibly, Agar might even have had a second hat-trick, dismissing debutant Pite van Biljon (16) and then Ngidi (1) with the first ball of his next over, but last man Shamsi denied him that honour.

Rabada attempted to salvage some pride for South Africa, blazing 22 from 19 balls before Adam Zampa (2-9) bowled him to wrap up a comprehensive win.

Watch the second T20I between South Africa and Australia at Port Elizabeth, live on Sky Sports Cricket from 12.30pm on Sunday.