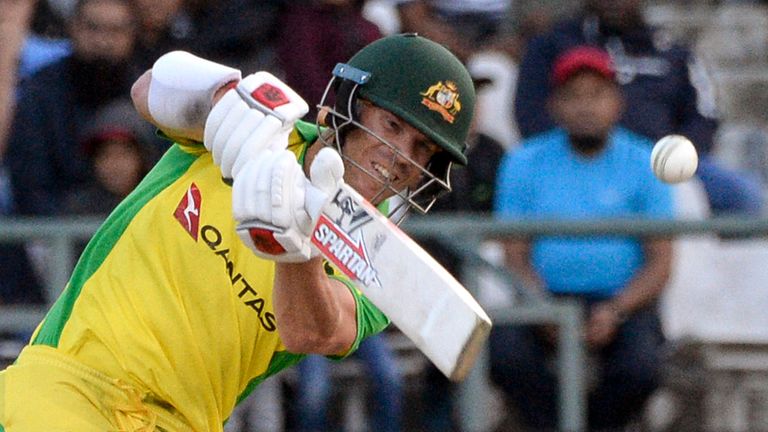 Captain Aaron Finch and David Warner shared a 120-run opening partnership to put Australia on track for a series-clinching, 97-run victory over South Africa in the third T20.

Australia were put into bat and made the most of a dry surface as they scored 193-5 before bowling out their hosts for 96 in Cape Town.

When Finch was trapped lbw by spinner Tabraiz Shamsi, South Africa worked their way back into the match by conceding only 31 between overs 11-15.

Steve Smith, batting down the order at number five, scored 30 runs off 15 balls after being bowled by a Kagiso Rabada no-ball on six.

Home skipper Quinton de Kock was bowled by Mitchell Starc (3-22) in the first over of the reply and the home side lost regular wickets thereafter.

Adam Zampa claimed catches to dismiss Faf du Plessis and Rassie van der Dussen, as well as bowling Heinrich Klaasen on his way to figures of 2-10. When the hard-hitting Miller fell with the score on 87-6, the contest was effectively over.

Ashton Agar, who took a hat-trick in the first match of the series in Johannesburg, came close again with two wickets in as many balls only for last-man Shamsi to successfully keep the next delivery out.